Tony Goldwyn, who plays one of Venus Williams' tennis coaches, confirms that the Richard Williams depicter shells out money from his own pocket to give him and several other actors in the movie cash bonuses.

AceShowbiz - Will Smith knows how to care for his co-stars. Being one of A-list actors to this day, "The Fresh Prince of Bel-Air" alum has been praised for his generosity after using his own money to give his "King Richard" co-stars personal bonuses.

Smith, who was reportedly paid $40 million for starring in the biopic, gave the cash bonuses to Saniyya Sidney and Demi Singleton, who play Venus Williams and Serena Williams, Tony Goldwyn, Jon Bernthal and Aunjanue Ellis among others, according to The Hollywood Reporter. A source described the payments as a nice bonus, given by the "Django Unchained" star on top of what they already received from the studio as compensation for the pivot to simultaneous HBO Max release strategy.

Goldwyn, who portrays one of Venus' tennis coaches, Paul Cohen, in the film, has confirmed the story to Access Hollywood and he has heaped praises on Smith. "I've been doing this for over 30 years; I have never worked with anyone as generous as Will, what you said is true," the former "Scandal" star confessed.

He then divulged, "When Warner Brothers decided not to release it, to put it out on streaming, there was a lot of controversy, as people know, and we just got a call from Will saying, 'I'm going to make this right.' I've never experienced it. I was floored. I just couldn't believe it."

His generosity aside, Goldwyn also praised Smith's acting skills. "The environment when you're in his orbit is fun and everyone works really hard but he's just, he's a blast to work with," he gushed over the lead actor. "In this character, Will is just extraordinary, the work that he puts down is amazing."

"From our very first rehearsal, we're all sort of feeling our way and all of a sudden, he goes from being fun-loving Will to just a switch is flipped and he's Richard Williams, that's really exciting when you are witnessing that caliber of work," Goldwyn added. "I was excited to work with him and I’m really excited for Will, for people to see his extraordinary performance."

"King Richard" will open in theaters and be simultaneously released on HBO Max on November 19.

Forgotten Recording of The Police's First U.S. Show to Be Restored

Jon Bernthal Credits 'King Richard' for Being Hooked on Tennis 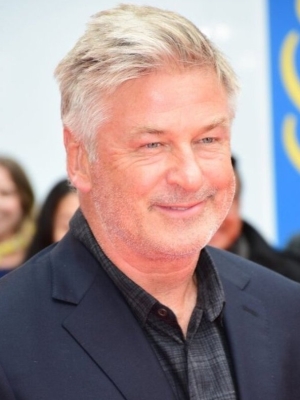