Kim Zolciak on Returning to 'RHOA' With Current Cast: 'Hard A** No'

During a QnA session on Instagram a fan also asks the 'Don't Be Tardy...' star is still in contact with NeNe Leakes, who had ups and downs with her on the Bravo reality TV show.

AceShowbiz - Kim Zolciak was among the original cast members on Bravo's "The Real Housewives of Atlanta". While many fans are hoping to see her returning to the reality show, Kim apparently is not entirely interested in the idea.

The "Don't Be Tardy..." star held a Q&A session on her Instagram account on Tuesday night, August 31 and a fan asked her if she's considering to make a return to the popular show. "Would you ever return to RHOA?" the fan asked.

Kim revealed that she might be open to it with one condition, "With original cast maybe.... I'd really have to think...." She went on to say, "but a hard a** No otherwise." 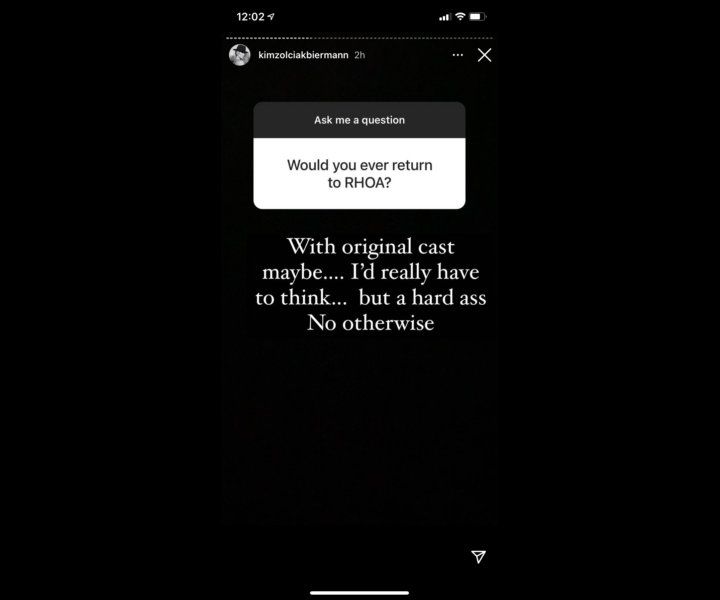 Kim Zolciak revealed if she ever plans to return to 'RHOA'.

Another question was regarding whether would consider "pimping out" her daughter for concert tickets again. To the question, Kim sarcastically replied, "Yes of course who wouldn't want to be front row!"

The fan was referring to Kim's controversial tweet in 2017 about her daughter Brielle Biermann. Tagging Chrissy Teigen, the reality TV star tweeted, "sooo ur hubby [John Legend] is comin to ATL may19 & Kash is beyond OBSESSED w him! who does Brielle have to blow in order to meet him?? LOL."

Meanwhile, one person asked if Kim is still in contact with NeNe Leakes, who had ups and downs with her on the show. "Do you keep in touch with Nene?" the fan asked. Kim answered, "Yes! Please say a prayer for her and her family," referring to NeNe's husband Gregg Leakes who died on Wednesday, September 1 after losing his battle with cancer. 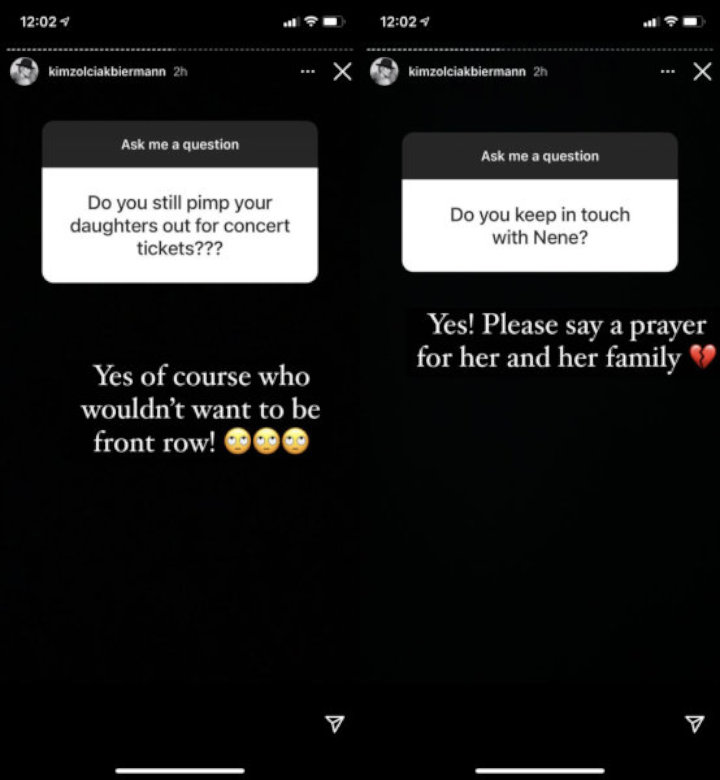 A family representative confirmed Gregg's passing in a statement which read, "Today the Leakes family is in deep pain with a broken heart. After a long battle with cancer, Gregg Leakes has passed away peacefully in his home surrounded by all of his children, very close loved ones and wife Nene Leakes."

The statement continued, "We ask that you pray for peace and strength over their family & allow them to mourn in private during this very very difficult time."

Prior to this, NeNe told a fan that her "husband is transitioning to the other side" after being criticized for not acknowledging a birthday celebration at Linnethia Lounge in Duluth, Georgia when she was at the venue. "You don't know what we're dealing with right now," she added.

Terry Crews Dragged by Black Twitter for Hating on Cookout