The 'Beautiful People' singer seemingly responds to reports that he is under investigation for allegedly smacking a woman in the head with his Instagram Story post.

AceShowbiz - Chris Brown has appeared to respond to new battery accusations. After news broke that he is under investigation for allegedly smacking a woman in the head, the singer updated his Instagram Story with a cryptic post.

Seemingly denying the battery allegations, he wrote on Tuesday, June 22, "yall so damn [a blue hat emoji]." The hat could represent "cappin'," which is a slang for the word "lying." He added multiple rolling on the floor laughing emojis, hinting at how he takes the allegations lightly. 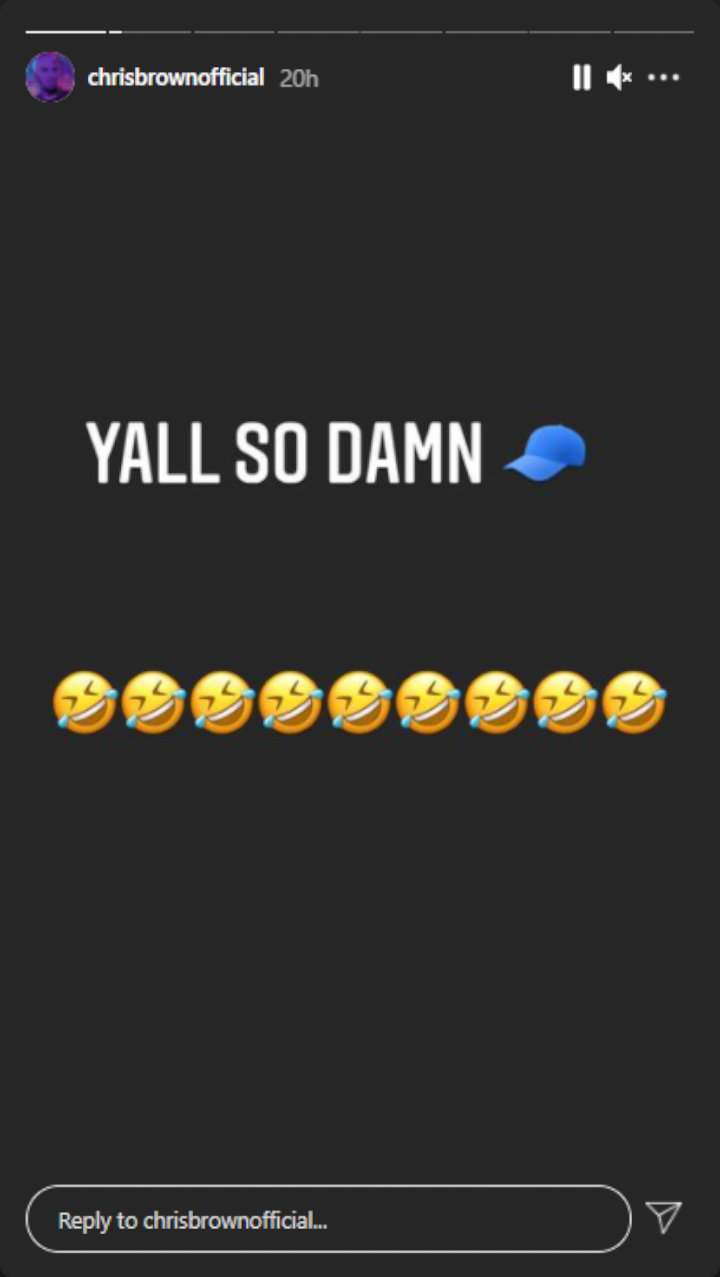 Chris Brown appeared to laugh off the battery reports.

TMZ was the first to report that Chris is currently under investigation for alleged battery on an unnamed woman. He was reportedly involved in a physical altercation over the weekend at his San Fernando Valley home.

According to the site, the woman told police, who responded to the report of altercation, that he smacked the back of her head so hard that her weave came off. Sources said that the alleged victim had no visible injuries other than her "dislodged" weave. Still, authorities took a battery report and named Chris as the suspect. No arrests have been made so far.

Considering Chris' history of previous domestic violence arrest involving his then-girlfriend Rihanna in 2009, people were quick to slam him. "damn chris brown you aint learn the first time with ri," one person mocked him. Another remarked the "Beautiful People" crooner, "chris brown cannot keep his hands to himself....idk whats funny about a woman getting hit to yall."

"I don't give AF what Chris Brown do ima always fw that man," a third Twitter user commented. Clearly taken aback, someone else tweeted in disbelief, "Don't tell me Chris Brown did this s**t again bruh."

A representative for Chris has not released a statement on the matter. It is currently also unknown which legal team that will represent him in the case.