To celebrate the relationship milestone, the 'Keeping Up with the Kardashians' star shares a sweet picture of her cuddling up to the NBA player in a private jet.

AceShowbiz - Kendall Jenner and Devin Brooker have hit a relationship milestone. Commemorating the first anniversary of them officially being an item, the "Keeping Up with the Kardashians" star and the NBA player took to their social media accounts to share some PDA-filled photos.

On Saturday, June 12, the 25-year-old supermodel and her athlete boyfriend posted several sweet photos to celebrate their 1st anniversary via Instagram Story. One picture uploaded by the reality TV star showed the couple snuggling up to each other on what appeared to be a kitchen island as they played with a dog. In another snap, the twosome was seen cuddling in a private jet. 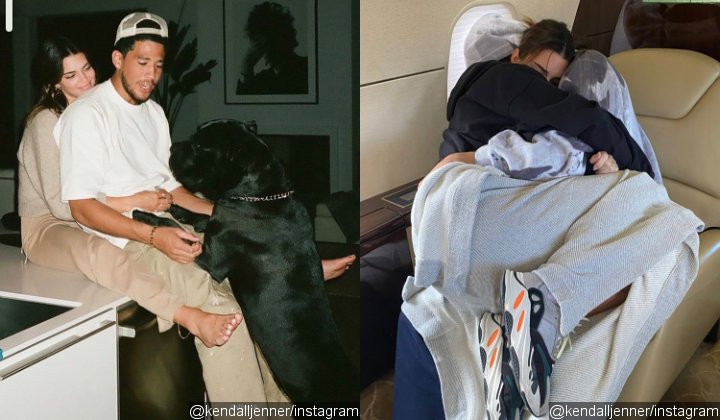 On the other hand, Devin shared a trio of snaps from the pair's time together. One of the Stories was captioned "365" and another had "52" written over it, suggesting the number of days and weeks in a year. The 24-year-old athlete also posted a photo of the sunset view from a romantic vacation in the waterfront outdoor dining area and simply added, "1. @kendalljenner," along with an orange heart emoji. 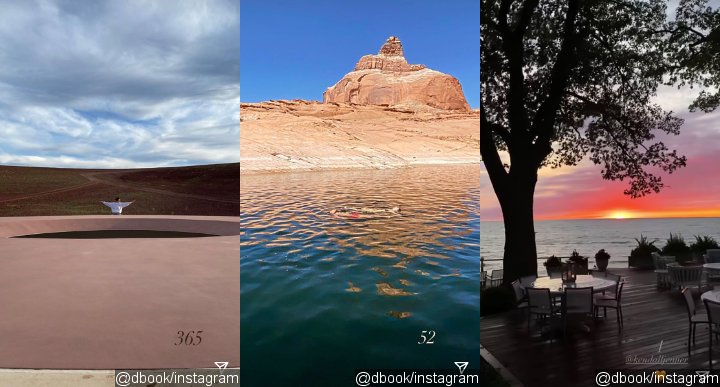 The older sister of Kylie Jenner and the basketball athlete were first romantically linked in April 2020 when they were spotted on a road trip to Sedona, Arizona. However, a source told TMZ at that time that they were only friends.

"Kendall and friends have a small social circle amongst the group, who have been following the same social distancing and physical distancing guidelines," the source stated. "Devin is a friend and is part of the small group. They took a road trip for some much-needed air."

Kendall and Devin then made public their relationship on Valentine's Day this year. At the time, the model turned to her Story feed to share a sweet photo of the two. In the snap, she was seen lying next to a kitchen sink while the Phoenix Suns player rested his head on her chest. A few hours later, the basketball player took to his Instagram account to post a video of the daughter of Kris Jenner playing around with a dog. In the following Story, he added a black-and-white snap of them cuddling on the grass.