The 'Supergirl' actor, who is notoriously private about his personal life, has not spoken up on his intimate wedding with Frida, but his new wife gives a look at their nuptials on Instagram Story.

AceShowbiz - Mehcad Brooks is a married man now. The actor, who has been notoriously private about his personal life, has apparently tied the knot with his girlfriend Frida in what looks like an intimate backyard wedding.

Breaking the news was none other than Mehcad's supposed new wife, who has now changed her name on her Instagram profile to use his last name and claim his status as a wife. She also took to Instagram Story on Monday, May 10 to offer a look at her surprise wedding to the "Mortal Kombat" star.

In one of her Story posts, Frida shared a picture of her and Mehcad wearing white. The pair seemed to pick ethnical theme for their nuptials as they dressed in unconventional wedding outfits which included a white halterneck top and a long skirt for the bride, and a tunic shirt for the groom.

Mehcad was also seen wearing an earpiece in the photo that featured the couple standing opposite each other. Frida flashed a smile as she stared directly into the camera, while the 40-year-old actor gazed lovingly at his wife. Frida simply wrote over the snap, "Mr and Mrs." 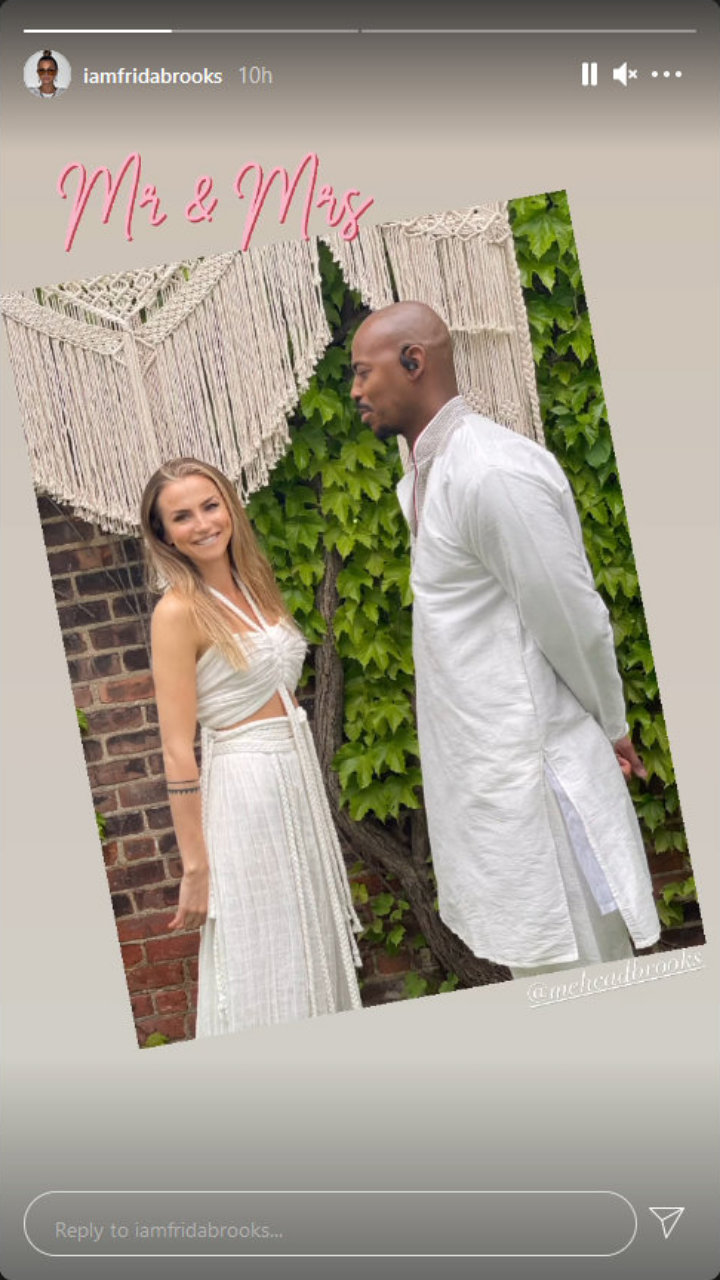 Mehcad Brooks' girlfriend Frida revealed they have been married.

In another post, she shared cuts of a clip of her and Mehcad sharing a passionate kiss while he was lifting her. "Married to my best friend and partner in crime," Frida declared in the caption of the video. 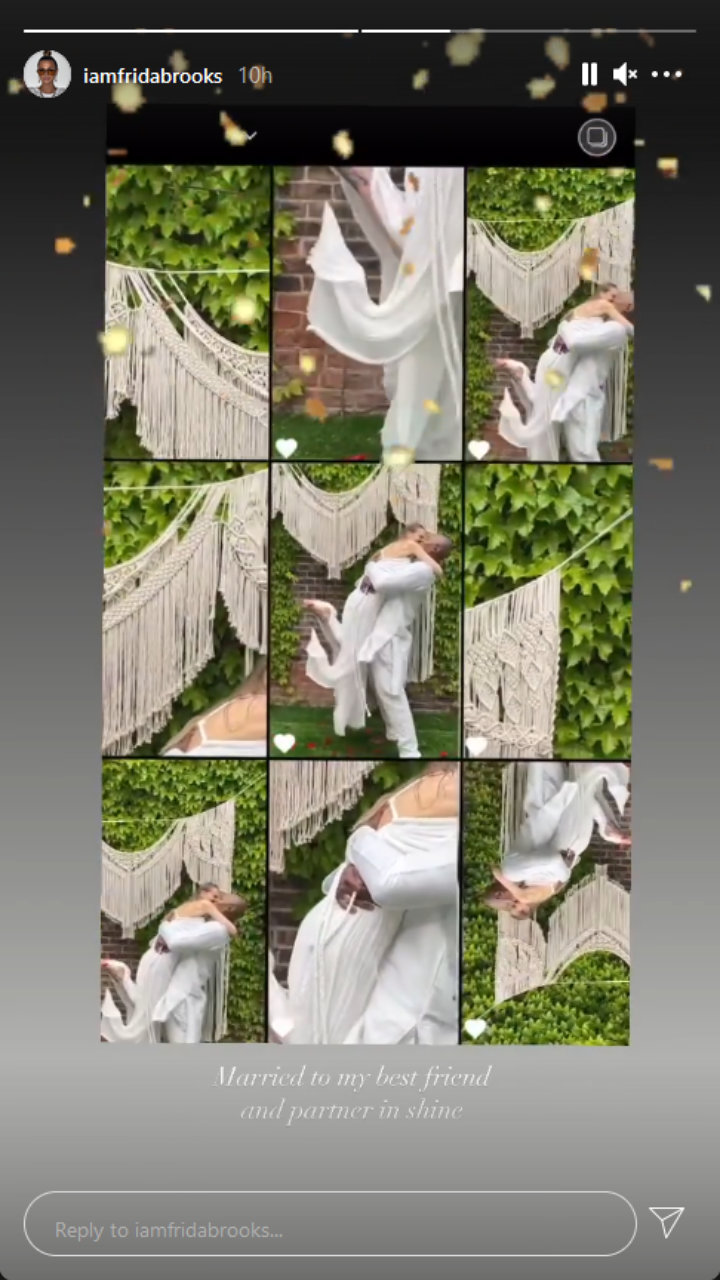 Frida shared a video of the pair kissing.

Mehcad himself has not confirmed his wedding, but he seemed to tease about the nuptials with his own Instagram Story which showed his decorated backyard. 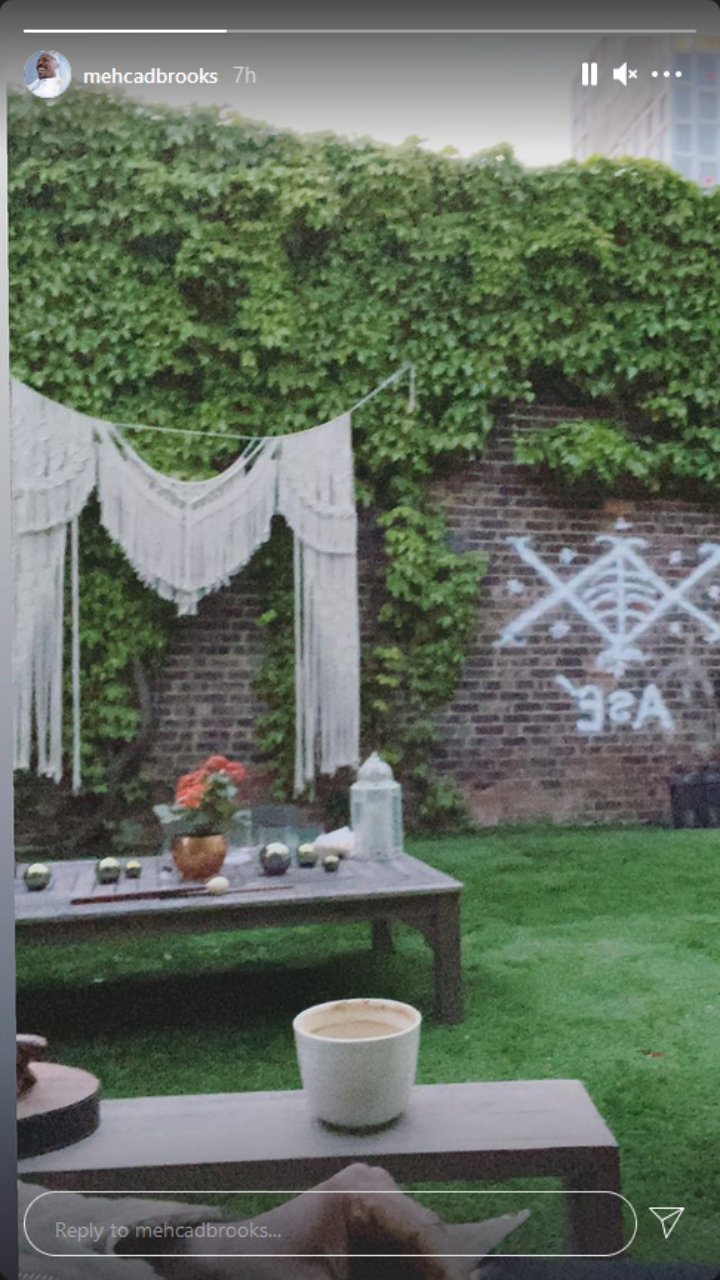 Mehcad teased about their backyard nuptials on his Instagram Story.

The James Olsen of The CW's series "Supergirl" recently admitted that his girlfriend "hated" his muscular transformation for his role as Jax in his latest movie "Mortal Kombat". "In some ways she hated it because I guess I'm not as a calm sleeper as I thought I was," he told ET's Elaine Welteroth about gaining 45 pounds for the role. "So, I'd roll over on her, but I was the size of a baby elephant... she was like 'get off of me...I can't breathe, you're on me'...It was like wearing a muscle suit."

Meanwhile, Frida previously gushed over the "True Blood" alum on her Valentine's Day post. "I love you, I love me, I love us," she wrote alongside a picture of her and Mehcad silly dancing. "Happy Valentine's Day to The love of my life, my best friend, my greatest mentor, my biggest supporter, healer and student - Thank you for being my greatest adventure and my safest place in the universe all at once. I love you beyond eternity @mehcadbrooks #happyvalentinesday."