'Perfect' will chronicle the Olympic gymnast's heroic performance at the 1996 Olympics where she completed a final, gold medal-winning vault in the team competition on a badly injured ankle.

AceShowbiz - Actress Thomasin McKenzie is set to spring into action as the star of Olivia Wilde's biopic about U.S. Olympic gymnast Kerri Strug.

"Perfect (2022)" will chronicle the athlete's heroic performance at the 1996 Olympics in Atlanta, Georgia, where she won the nation's hearts by completing a final, gold medal-winning vault in the team competition on a badly injured ankle that later required treatment for ligament damage.

The film will serve as Wilde's next directorial project, and now rising New Zealand-born star McKenzie, who landed her breakout role in 2018 drama "Leave No Trace", has been recruited to lead the cast, reports Deadline.

About McKenzie's casting, Wilde said in an Instagram post, "One reason I needed to direct movies was to work with genius women in great roles worthy of their skills. This story is complicated and challenging and heartbreaking and beautiful, and I could not imagine a better partner to tell it with than Thomasin."

The "Richard Jewell" actress, who made her directorial debut with "Booksmart", went on to shower the "Jojo Rabbit" actress with praise. "She is fearless, ladies and gentlemen," the older woman declared in her post. "I bow down."

The movie will be based on Strug's memoir, "Landing on My Feet, a Diary of Dreams", which has been adapted into a script by "Borg/McEnroe" screenwriter Ronnie Sandahl. In addition to the writing gig, Sandahl will also serve as producer alongside Nik Bower and Jeremy Baxter for Riverstone Pictures and Thomas Benski and Moss Barclay for Pulse Films

Production is expected to begin this autumn. The project itself is described as "an intimate and unflinching portrait of grit and determination." 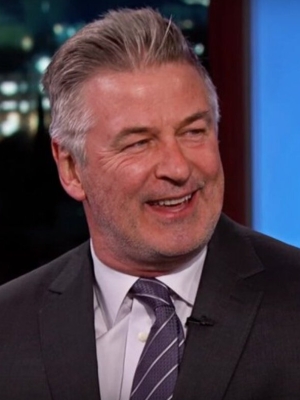