The Atlanta-based rapper, whose real name was Chase Amick, took his own life on Tuesday, January 26, according to tributes posted by his fans and friends on social media.

AceShowbiz - Georgia rapper 6 Dogs has sadly passed away at the age of 21. The hip-hop star, whose music inspired numerous fans in recent years, reportedly committed suicide on Tuesday, January 26, months after battling COVID-19.

The tragic news first broke on Twitter via Everything Georgia's account which posted, "BREAKING: Atlanta rapper '6 Dogs' has passed away from suicide. RIP." His family has not spoken on his passing, but the report has been confirmed by his fans and friends who posted tributes on social media. 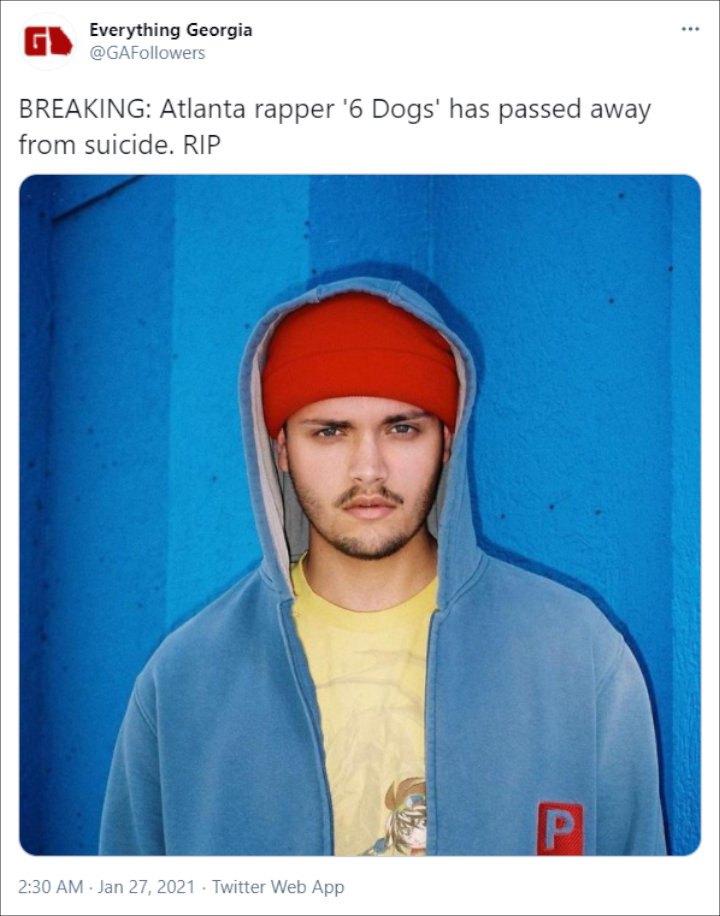 Producer Benny Blanco, who signed 6 Dogs to his Made Love imprint via Interscope Records, tweeted, "He may have been ur favorite rapper 6dogs… but to me he was one of the kindest, toe painting, star gazing, art making, day dreaming, thoughtful, warmest souls i had ever met… the way u made us laugh and the ridiculous stories u would tell…." He added, "i'm just trying to replay em over and over again... i miss ur laugh... i miss ur spirit... and most of all i miss u chase. i love u. rest easy." 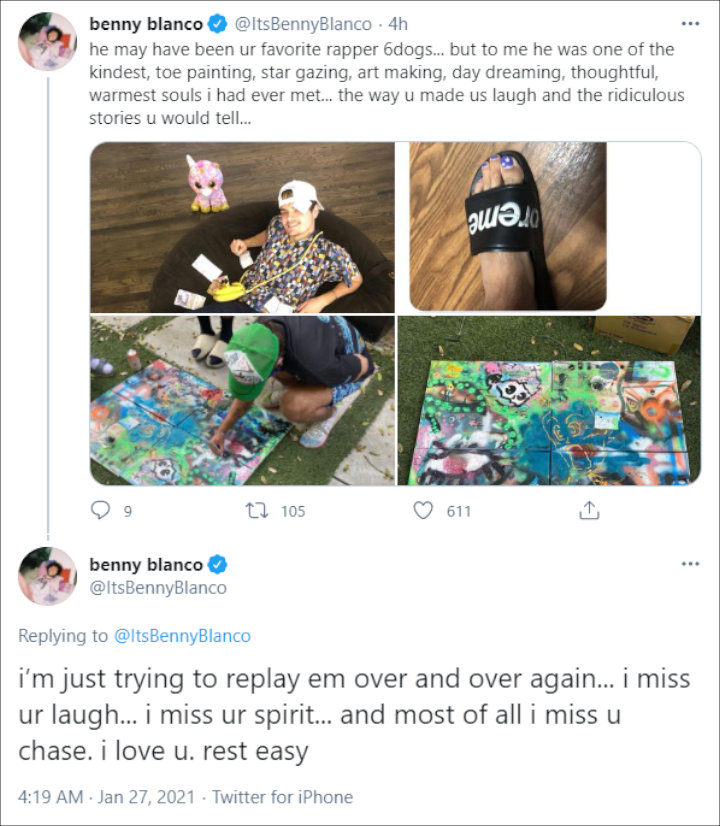 Yung Gravy mourned his friend's death. "RIP Chase," he wrote, along with a photo of them together. He credited his late friend for having "inspired me in so many ways and helped me grow as an artist and a person." 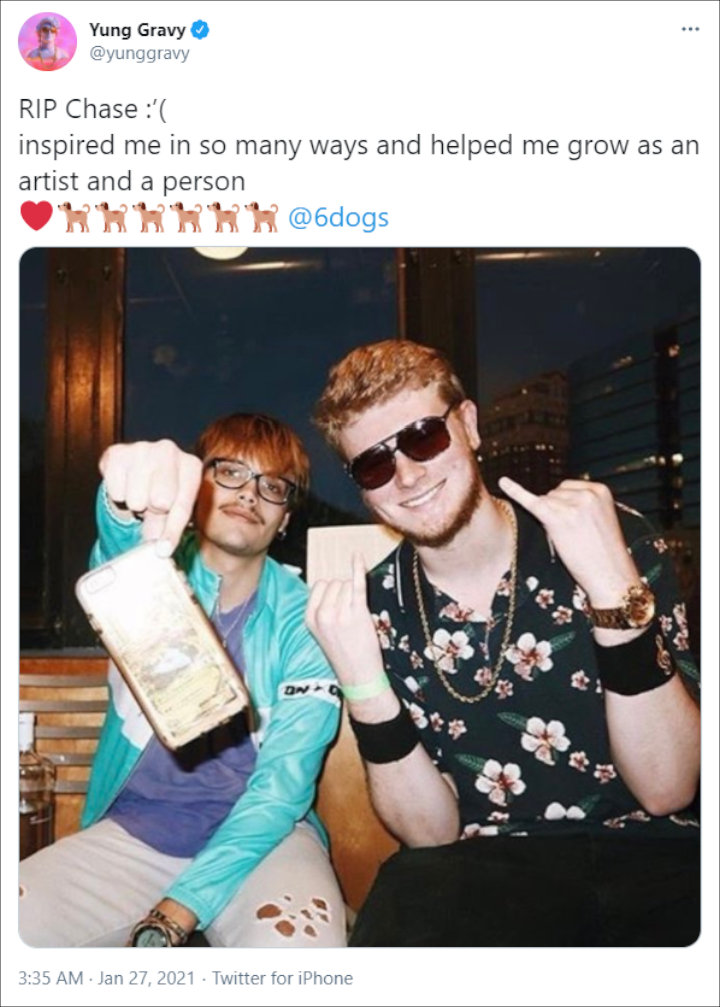 Lil Aaron praised 6 Dogs, whose real name is Chase Amick, as "real underground legend," adding, "made it all the way to benny blanco off of some internet rap songs. forever the goat." DJ Akademiks simply posted, "RIP," along with a photo of the late star.

6 Dogs grew up in the Atlanta suburbs and began rapping in secret because of his family being a strict Christian. He was known for his songs "Flossing", "Saturn" and "Faygo Dreams", the latest of which was his biggest hit and racked up hundreds of millions of streams.

Last summer, 6 Dogs revealed that he was diagnosed with coronavirus. "Just took a covid test and my results came back positive:/ I'm str8 just a pretty bad headache. I'm a healthy dood tho so I should b fine," he tweeted in July 2020.