Rihanna and A$AP Rocky Holding Hands in Barbados During Holiday

RiRi and the A$AP Mob member have apparently spent Christmas together in her home country of Barbados as they were seen holding hands while taking a stroll.

AceShowbiz - Rihanna and A$AP Rocky are going strong. The couple were recently spotted holding hands as they were out and about in her home country of Barbados. The duo wore matching black outfit and face masks. The Bajan singer/designer jetted off to her native country for Christmas.

RiRi was first romantically linked to Rocky in 2013 after he served as an opening act for her "Diamonds World Tour" and teamed up with her on a remix of her single "Cockiness (Love It)".

The duo started to hang out again after her longtime relationship with Saudi billionaire Hassan Jameel fell apart in late 2019.

RiRi and Rocky hit the red carpet together at the British Fashion Awards at London's Royal Albert Hall in December that year. She even rocked cornrow braids, matching his signature style.

She later fueled the internet chatters by jetting off to Sweden where the A$AP Mob member was scheduled to perform. She was indeed spotted among the crowd during his concert in the country.

The couple have since been seen hanging out together numerous times. While neither addressed the nature of their relationship, they did an interview together earlier this year for GQ as they supported each other's ventures. He was enlisted as one of the models for her Fenty Skin campaign while she was seen wearing Rocky's clothing.

RiRi also has many admirers in the industry. Boosie Badazz and Lil Uzi Vert were among them.

Boosie boldly shot his shot with RiRi on the internet, saying in a video that it was "only a matter of time" until he won her over. "I got those island moves just like her. She thinks I ain't no rude boy," he said.

Meanwhile, Uzi was more subtle. He showed his love by liking, leaving comments on her page, and following the brunette beauty and no one else on social media.

He also did mention about patiently waiting for the singer. "I think when I become THE ONE she will be my friend," he wrote in a now-deleted tweet. "Till that day I don't wanna hear about her. She 2 perfect."

When the A$AP Rocky dating rumors broke out, Boosie and Uzi had different reactions.

Although disappointed, Boosie was happy for A$AP Rocky. "I heard Rihanna off the market right now," he lamented. "I'ma bag off. I'ma bag off because I rock with A$AP Rocky. That's my dawg. That's my lil dawg." 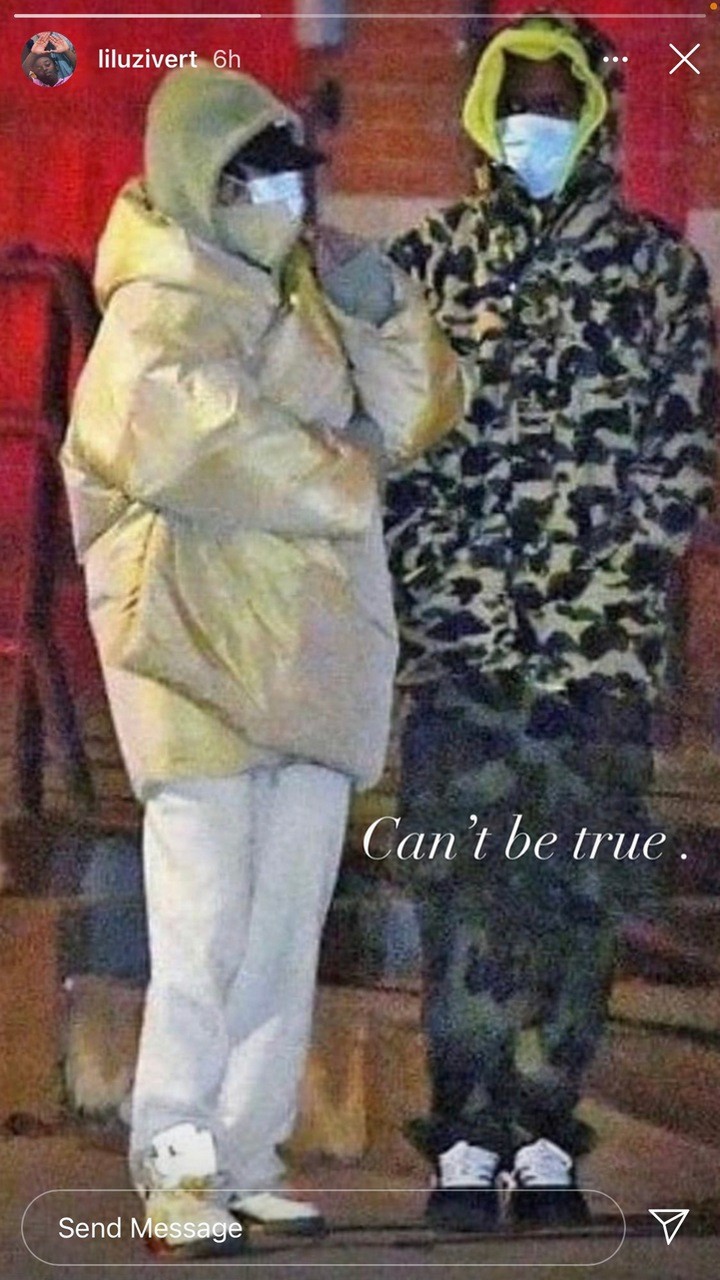 Uzi, however, was a bit more extreme. He quickly unfollowed RiRi after expressing his disbelief. "Can't be true," he wrote on his Instagram Stories.

Chris Brown Shows Off New Motorbike From Usher on Christmas

Rihanna Shuts Down Pregnancy Rumors in Alleged DM With Fan: 'Y'all Breed Me Every Year'