Months after announcing that she is expecting her second child, the 'Jar of Hearts' hitmaker reveals that her unborn baby is 'having an issue' and might be delivered sooner rather than later.

AceShowbiz - Singer Christina Perri is trying to "stay positive" after she was hospitalised with pregnancy complications.

The "Jar of Hearts" star, who announced she was expecting in July, was admitted to a medical centre on Tuesday, November 10, and took to her Instagram Story timeline to reveal her baby would need to be delivered sooner rather than later.

"Hey friends. Well, nothing ever goes as we plan," she wrote, alongside a hospital bed selfie.

"Baby is having an issue, so Im gonna be here till its time for baby to come out. Which might have to be very soon. Which is very early (sic)."

Perri, who is already mum to two-year-old Carmella, didn't detail the nature of her pregnancy problems, but continued, "Please send some love from your heart to the little heart beating in me that we all make it through this..." 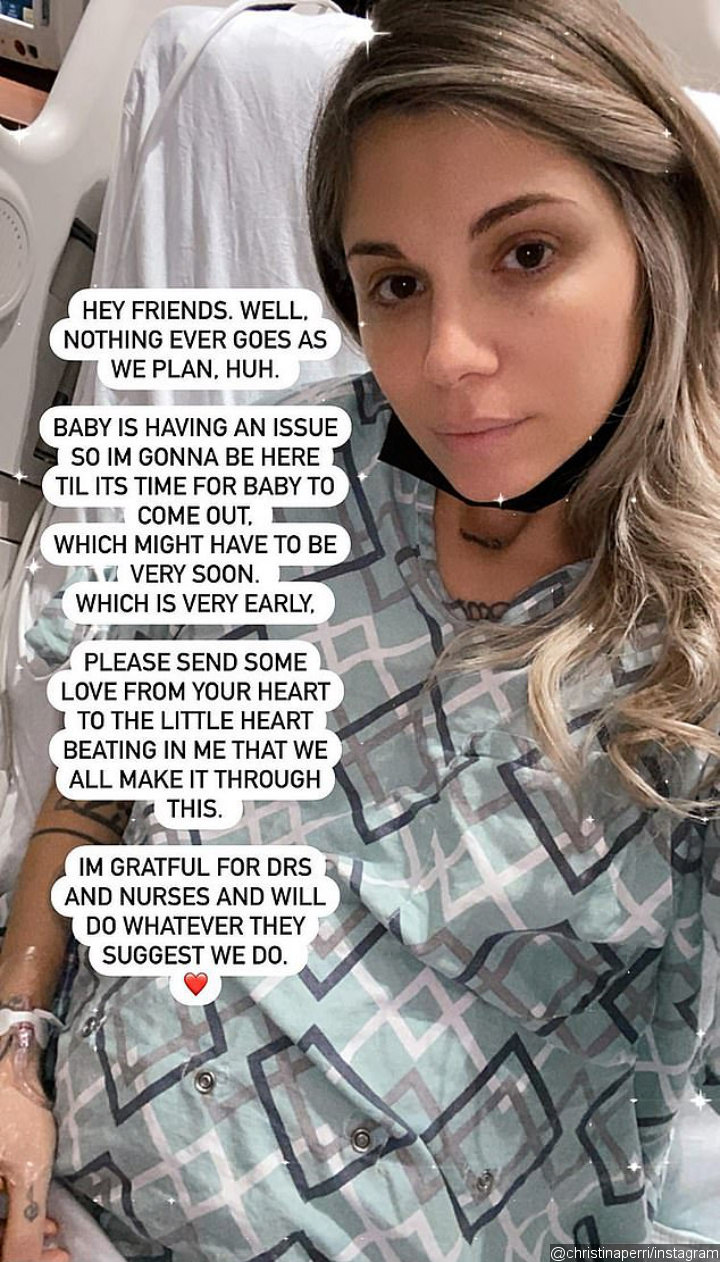 She was overwhelmed by the outpouring of love and support sent her way, and returned to social media three hours later to express her deep gratitude, adding in a video post, "We are gonna take it one day at a time, one minute at a time. I feel like I'm very safe and in great hands."

On Wednesday morning, Perri returned to Instagram and admitted she had struggled to get any rest overnight but assured followers her unborn child was just "fine".

"Good morning everyone," she wrote. "I just had a big long cry. Im trying my best to feel each feeling as they come up. Today has been alot of sad & angry. I didnt sleep the whole night and I miss Carmella! Theres so much I dont know and understand. And even more that I cant control. I just have to stay positive & take each moment as it comes (sic)."

"Right now babys vitals are fine and so are mine," she shared. "More will be revealed as the days go on and I have to be calm & strong. Thank you again for your thousands of messages. I read them all." 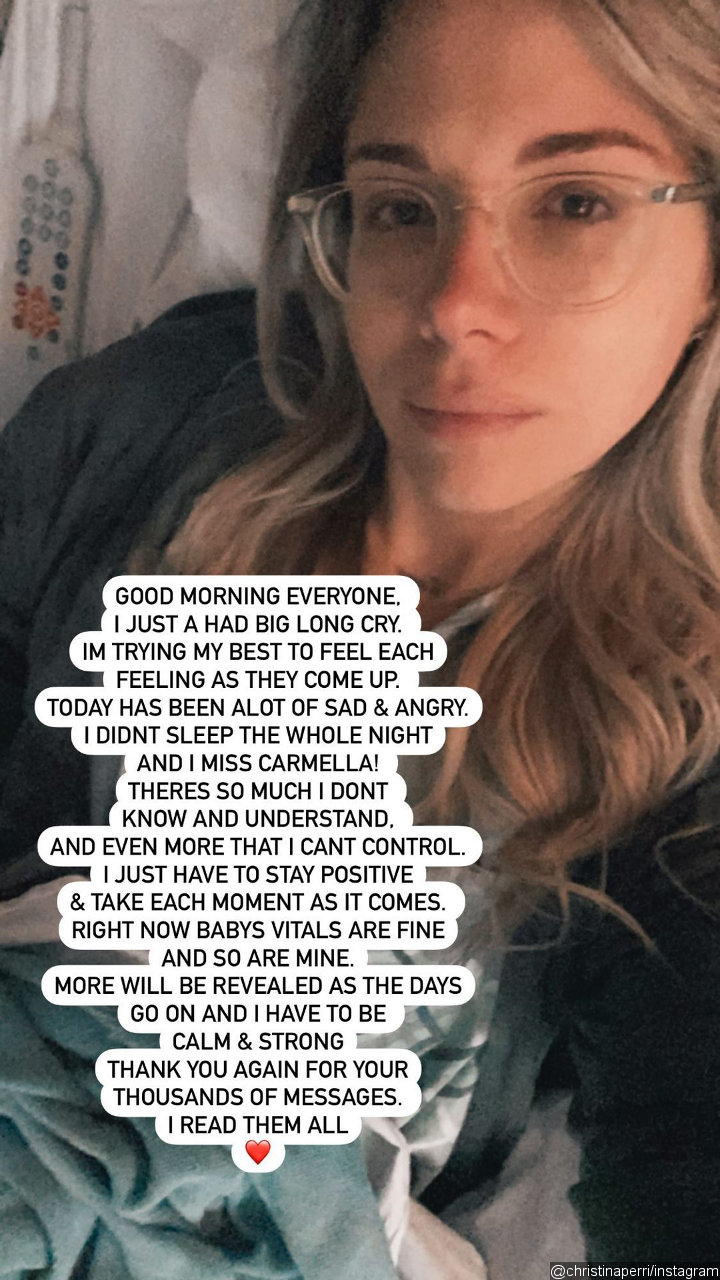 Christina Perri assured that both her unborn baby's vital sign and hers were fine.

The musician's baby was originally due in January (21), a year after she suffered a devastating miscarriage.