Offset Runs Into Troubles With Officials for Feeding Voters in Atlanta

The Lincoln Project, which teams up with the Migos member to provide free meals to people waiting in line at polls, claims the rapper 'was threatened' by Gwinnett County officials for handing out the meals.

AceShowbiz - Offset tried to drum up the spirits of people who went out to vote in his home state of Georgia on Tuesday, November 3 by handing out free meals. However, his initiative was apparently not much appreciated by the local government.

The Lincoln Project, which teamed up with Offset for the initiative, tweeted earlier that day to urge people to vote with a chance of meeting the Georgia-born star. "Want to meet @OffsetYRN?" the tweet read. "Well, he's at Ficketts Elementary today at 2:30p and William Walker Rec Center at 3:30p - both in Atlanta, GA. Take some selfies. Vote. Oh, and get some free @sluttyVeganATL."

However, things apparently didn't go really smooth. In a following tweet, The Lincoln Project claimed Offset got reprimanded by Gwinnett County officials for handing out free meals. "We've been working in Georgia with @OffsetYRN, to feed Gwinnett's voters in those unnecessarily long lines, but instead of a welcome, he was threatened by @gwinnettgov. This is what voter intimidation and discrimination looks like," so it stated. 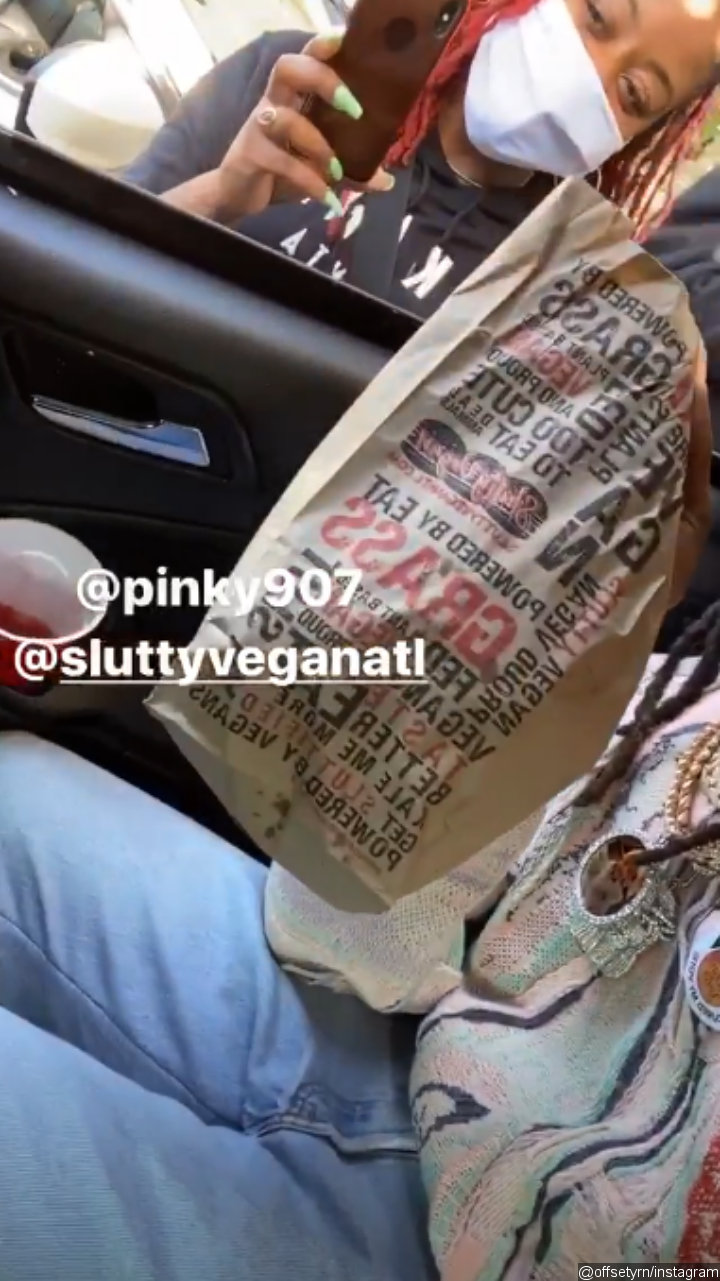 Offset handed out free meal to a fan at a poling location.

Offset himself has not addressed the report that he got into troubles with the city officials during the project. The "Ric Flair Drip" spitter, instead, opted to share videos on his Instagram Stories to inform his fans that he had cast his vote and to show his "I Voted" sticker while he was on his way to the poll to hand out free meals. Another video captured his interaction with a female fan who was lucky enough to meet him at the poll.

Offset Arrested While Driving Through Trump Rally During Livestream