The 'Sweet but Psycho' singer partnered up with the video game platform to hold a launch party for her debut album 'Heaven and Hell', which hit the stores on September 18.

AceShowbiz - Earlier this year, Ava Max made headlines when she chose a unique way to hold her album release party, though some people apparently were not as appreciative. In a new interview with Billboard, the "Sweet but Psycho" singer clapped back at those who criticized her virtual album release party on Roblox.

When asked what she learned from using Roblox for her "Heaven & Hell" release event, Ava said, "It's a great way to connect to your fans. I think virtual events are definitely going to be more prominent now, because everyone's at home." She elaborated, "I got a lot of love and a lot of hate, and I started laughing at the haters. I'm not striving to be cool, and I think that's what makes my music relatable. I can definitely have fun with myself."

Ava partnered up with Roblox for the "Heaven & Hell" launch party in September of this year. It featured the singer on a huge screen in front of a dance floor as she talked about the inspiration behind her album and performed several songs for her fans amid flashing lights, fireworks and a backdrop that transformed into a cartoonish version of hell.

The event was a success. More than 1.1 million people showed up for the album launch party with a peak concurrent total of 166,620 people. This caused Roblox to consider integrating more visual concerts on the platform. "The stretch goal is to go to the non-obvious places, where we can make the virtual experience even better than the real-world experience," said Jon Vlassopulos, Roblox’s head of music.

Receiving generally favorable reviews from music critics, "Heaven & Hell" was released on September 18 and peaked at No. 27 on Billboard 200. Meanwhile, on the UK Albums Chart, it peaked at No. 2.

Artist of the Week: Ava Max

Ava Max Accused of Promoting Stigma With 'Sweet But Pyscho' 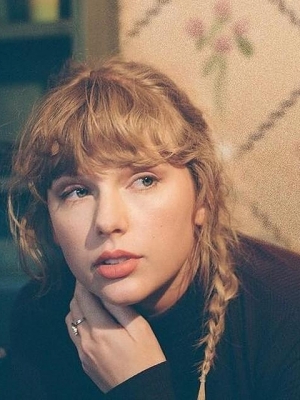