According to an insider, the 'How to Get Away with Murder' actor follows a 16-year-old girl on social media and likes several pics of her posing half-naked.

AceShowbiz - Rome Flynn has recently been hit with no-so-nice accusations. Rumor has it, the "How to Get Away with Murder" alum likes to romance underage girls and even had sex with one of them in the past. An online user who goes by the name xxorita made the claims on Twitter on Monday, October 12.

The said user received direct messages from several sources who claimed to know what Rome did off-camera. For example, one insider alleged to have found the actor following a minor on Instagram and liking pics of her posing half-naked. However, according to the insider, that was not the worst part. "Some girl sent us an email and said he literally f***ed her friend when she was 16." Rome reportedly knew of her age but didn't care. 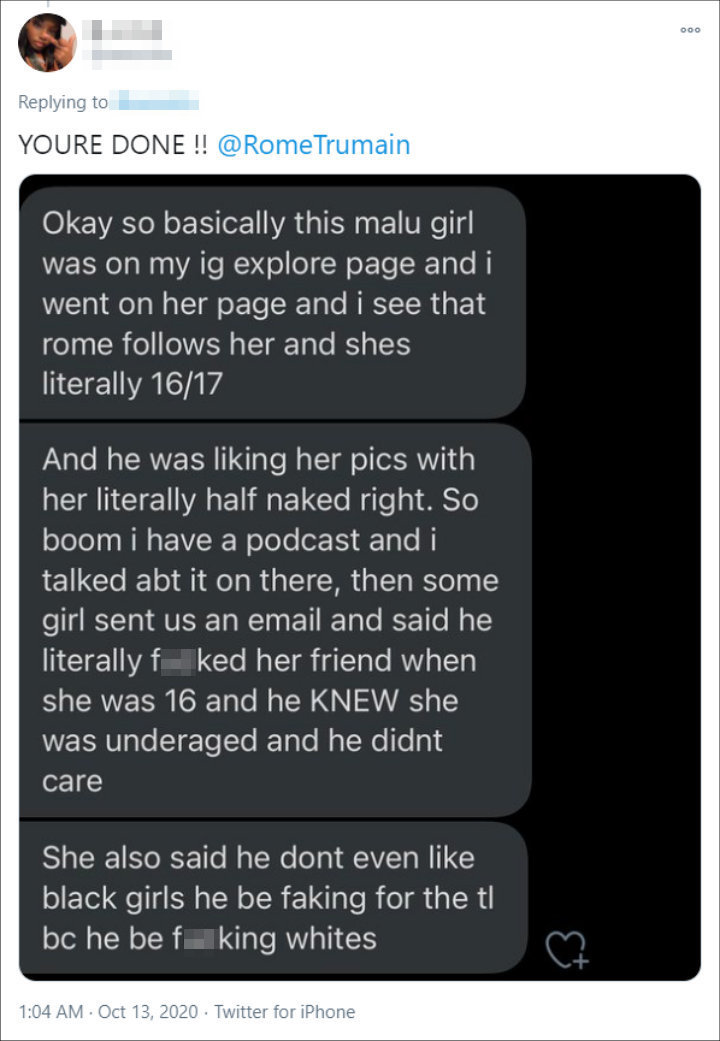 The so-called insider also alleged that Rome "don't even like black girls he be faking for the tl bc he be f***ing whites." Meanwhile, a second insider claimed that the "A Christmas Duet" star was interacting with her/his 15-year-old cousin on Snapchat and had her "send him nudes and everything."

Another source shared a story that allegedly took place in 2015, detailing Rome's relationship with a girl who "was anorexic and super insecure." The informant explained, "She would send him pictures of herself asking him if she's skinny enough and he'd continue encouraging her to send more of her body knowing she's unwell." 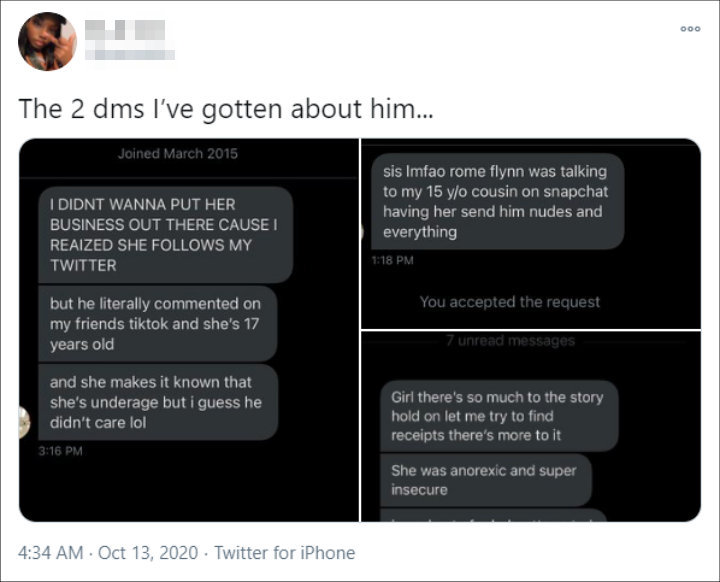 Rome did not publicly respond to the accusations, though he slid into xxorita's DMs to deny the claims. "Don't know where you got your info but it's wrong. Why are you trying to tear me down?" he said, before addressing accusations that he faked his black love for clout. "I love my people. I fight for my people, I donate for my people, I protest for my people. My mother is darker than you."

He ended the message by saying, "I don't understand why y'all hate me so much."