In some photos that have been making its way round online, the British rocker can be seen putting his hand on the mystery lady's back while walking around the beach together.

AceShowbiz - It looks like Gavin Rossdale has finally found his new special someone. The British rocker sparked the speculation after he was photographed over the weekend enjoying a beach date in Malibu with an unidentified woman who looks a lot like Heidi Klum.

In some photos that surfaced online, Gavin could be seen putting his hand on the mystery lady's back with his other hand holding his puppy. Besides strolling around the beach and enjoying the sun, the pair took a moment to sit down on some rocks and have a chat. They also sat on the sand and further enjoyed their conversation. 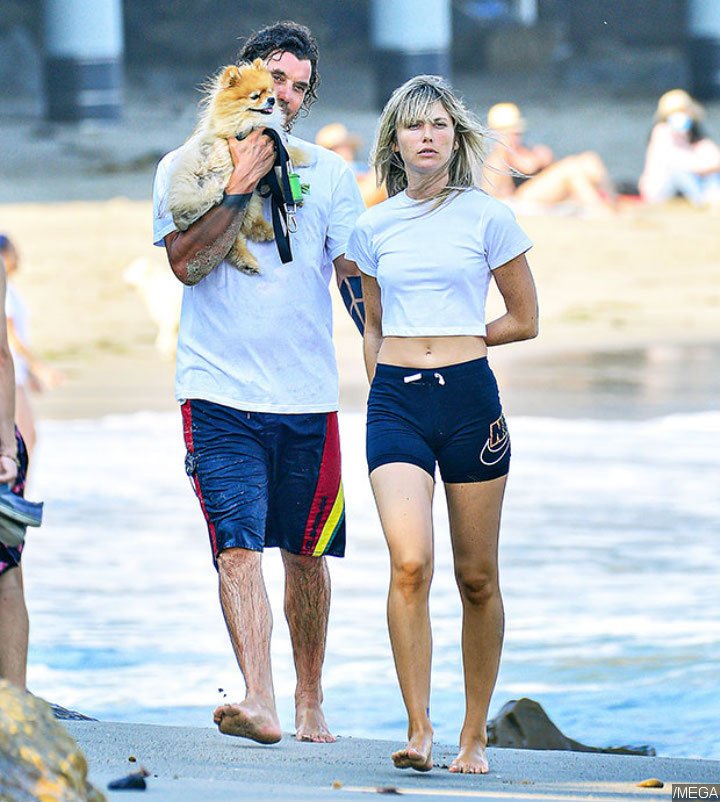 Gavin Rossdale enjoyed a beach date with a mystery woman.

For their outing on that day, the potential couple went matching in white. Gavin rocked a white T-shirt that helped display his arm tattoo and a pair of blue shorts with red and yellow stripes. He additionally wore his hair down in wet curls. Meanwhile, his beautiful companion also went casual with a white crop top and dark blue Nike shorts. Just like the Bush singer, she had her hair down during their beach date.

Gavin was previously married to Gwen Stefani. The pair tied the knot in 2002 after years of dating on-and-off and share three children together: Kingston, 14, Zuma, 12 and Apollo, 6. Later in 2015, the No Doubt singer filed for divorce from Gavin and their divorce was finalized in the following year.

Speaking of their divorce in the same year it got finalized, Gwen admitted in an interview that she felt embarrassed by it. "I don't think you'll talk to one person who didn't make it in a marriage who's not gonna feel that way," she said. "The intention of being married is the vow, right? You want to put everything into it to make it a success… [marriage] was the one thing I didn't want to fail at. People can say whatever they want about me, and I don't get too affected. But I didn't want them to think I was a failure. There's nothing weird about how I felt."

Gavin Rossdale Afraid of Embarrassing His Kids With 'Dud Record'