The star of the hit sci-fi TV series co-created and co-produced by J.J. Abrams reveals she didn't get rides to work while all the other white regulars did.

AceShowbiz - Actress Jasika Nicole has hit out at bosses behind her hit Fox series "Fringe" over the way she was treated on set compared with her predominantly white co-stars.

The 40-year-old actress first shared her complaints over the show back in July (20) when she slammed the "tasteless" long-running trope of her character Astrid's partner Walter, played by John Noble, getting her name wrong throughout the series.

Following a Twitter discussion with a fan about the issue, John took to the site this weekend (22-23Aug20), writing to his former co-star, "I apologize for anything I may have done to appear disrespectful." Jasika responded, "It's ok- you didn't write it, John!"

In a separate thread, she went on to explain how "frustrated" the joke made her feel at the time, writing, "It actually took me a while to even recognize how upset the joke made me."

"Spending a lifetime of trying to fit in and laugh WITH the white kids instead of being laughed AT was a coping mechanism that followed me into adulthood," she explained.

"But once I *could* articulate how frustrating the joke was, I couldn't do anything with it- the show was not a safe space for me, literally from my first day on set when I was told I would not be getting rides to work (customary for series regulars) even though all 6 of my other cast members were getting picked up. Producer told me I was wrong, they weren't getting rides, even though I would watch cast exit the transpo van each morning."

Jasika continued, "At some point that producer got fired and I started getting rides to work like everyone else, but it just set the stage for being treated differently than everyone else."

"We had directors (plural) who refused to get my name right. One insisted on referring to me as 'you', 'that one' and pointing at me to give me a direction. Another one simply refused to attempt to say my name correctly and called me everything he could think of but 'Jasika'."

The name trope in the show, she concluded, served as a constant reminder of the negative atmosphere on the series' production, as Jasika insisted that while the joke "wasn't lost on me," it quickly "turned away from (Walter) being incapable of remembering astrids name to him being fully aware of who she is and just teasing her for fun."

"THAT part became bullying and racist," she stated.

WENN has reached out to representatives from Fox and Warner Bros. TV for comment. 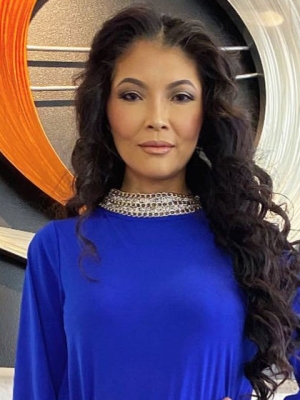