In a statement talking about the song, the Grammy-winning songstress says that the tune, which she wrote during quarantine, is 'really, really personal and special to me.'

AceShowbiz - It's been a while since fans of Billie Eilish hear a new song from the singer. After much anticipation, the Grammy-winning songstress blessed her devotees on Thursday, July 30 with a brand new single entitled "My Future".

Unlike her previous works, the new song features a softer sound and finds Billie reflecting on her self-growth as she keeps singing about how she's "in love" with her future rather than other people. "I know supposedly I'm lonely now (Lonely now)/ Know I'm supposed to be unhappy/ Without someone (Someone)," the singer rhymes in a sweet, whispery voice. "But aren't I someone? (Aren't I someone? Yeah)"

The release of the song was accompanied with a music video, which featured an animated Billie wandering around a forest. At the end of the visuals, she gets her feet caught in a tree that later brings her towards the sky, as if indicating that she's walking towards her budding future.

Billie said of "My Future" in a statement, "We wrote this at the very beginning of quarantine. It's a song that’s really, really personal and special to me." She added, "When we wrote this song, it was exactly where my head was at--hopeful, excited and a craaaazy amount of self reflection and self growth. But recently it has also taken on a lot of new meaning in the context of what's happening in the world now. I hope you can all find meaning in it for yourselves."

"My Future" follows Bilie's "No Time to Die", which serves as the soundtrack to an upcoming Bond movie of the same name. She and her brother, Finneas, debuted live performance of the song at the 2020 BRIT Awards back in February, as the siblings were joined by the legendary composer Hans Zimmer and the Smiths' Johnny Marr.

Billie Eilish Felt Lonely as She Struggled With Depression During Tour 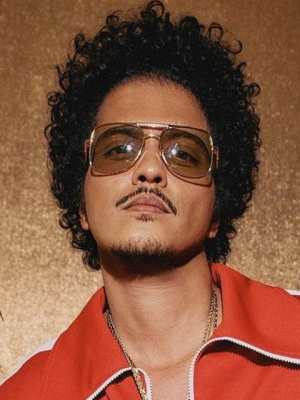