During a Twitter chat with fans, James Gunn admits he tried to bring Linda Cardellini's character out of the closet in the 2002 film, but Warner Bros. executives didn't like the idea.

The filmmaker made the big reveal during a recent Twitter chat with fans, explaining he wanted Linda Cardellini's character to be a lesbian in the 2002 film, but Warner Bros. executives didn't like the idea. 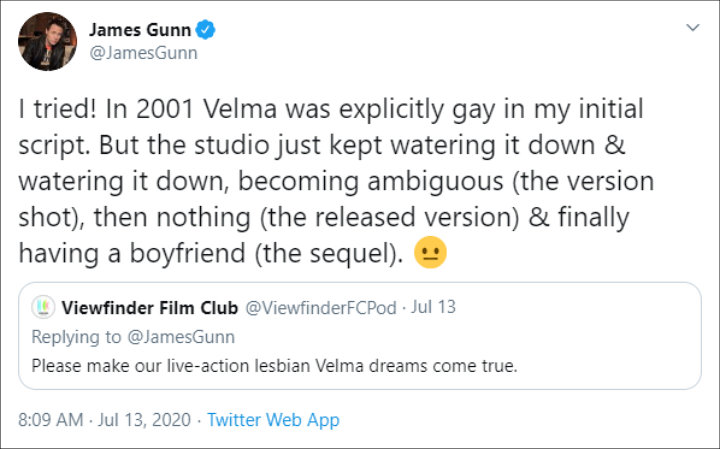 "In 2001 Velma was explicitly gay in my initial script. But the studio kept watering it down & watering it down, becoming ambiguous ( the version shot), then nothing (the released version) & finally having a boyfriend (the sequel)."