The 'Little Fires Everywhere' actress has happily shared with her social media followers that she has just had an encounter with a fan who mixed her up with the 'Cry Pretty' hitmaker.

AceShowbiz - Carrie Underwood has been trading warmhearted words with Reese Witherspoon. The "American Idol" alum learned on Sunday, June 28 that the "Little Fires Everywhere" star/executive producer has been mistaken for her through the latter's tweet, and she has got the perfect comeback to express her delight.

First to bring the mix-up incident to light was Witherspoon. The 44-year-old took to her Twitter account to share, "To the woman in the parking lot who just asked me if I was Carrie Underwood : You officially made my day !" Her post caught the "Cry Pretty" hitmaker's attention, who in return replied, "YOUR day?!?!?!?! That lady just made my whole life!" 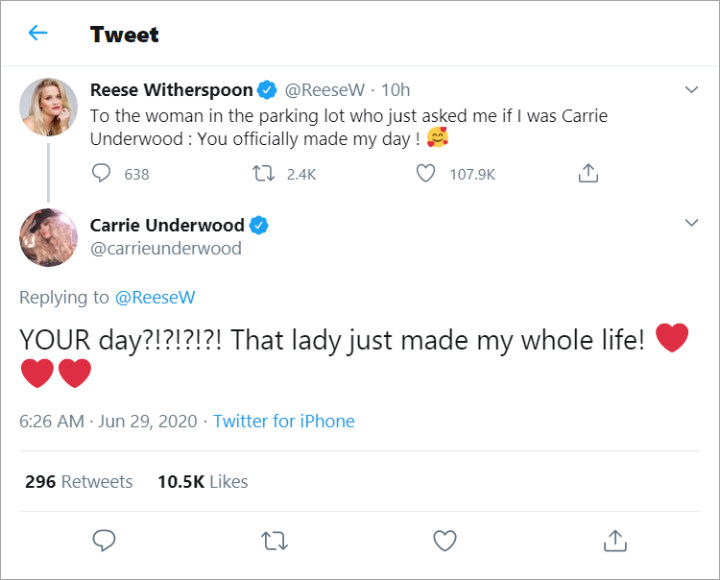 Carrie Underwood reacted to Reese Witherspoon's story of being mistaken for her.

The woman mistaking Witherspoon for Underwood herself has opened up about their encounter in a video she uploaded on TikTok. "I'm with my husband eating at a BBQ place and I swear I see a lady with her husband and kid," Noha Hamid recounted. "I'm like, that looks just like a celebrity and I'm trying to think who... and I'm like, 'Who? Carrie Underwood?' "

Noting that the Oscar winner was donning a cowboy hat and a mask during the outing, Hamid went on to spill how the actress reacted. "So I wait until she goes back to her car so I can ask her, not in front of everyone, to blow her cover. And then she goes, 'Hey, no I'm not Carrie Underwood but have a great day,' " she recalled.

After Witherspoon tweeted that Hamid made her day for the mix-up, the latter wrote back, "OMGGGG! That was ME. Haha, I swear when I walked away I was like wait, that was totally Reese Witherspoon!" She added, "I could barley see your face cause the mask and hat but I knew you looked so familiar haha. I LOVE YOU @ReeseW." 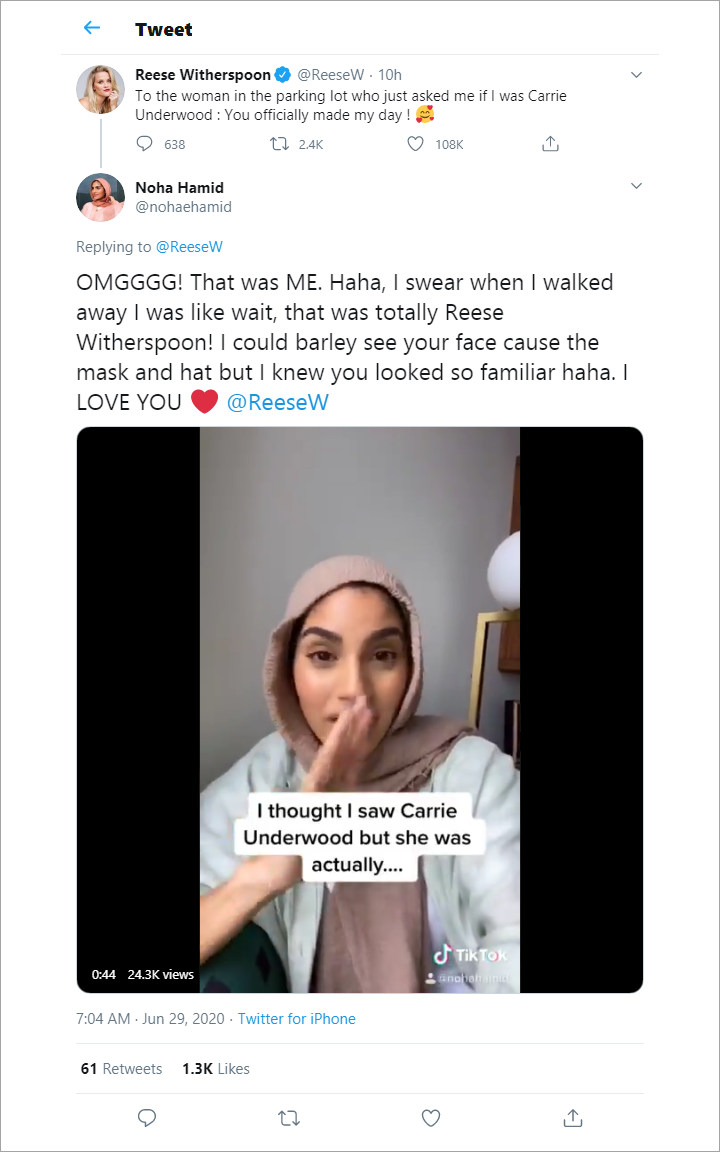 Woman mistaking Reese Witherspoon for Carrie Underwood shared her side of the story.

A number of other Twitter users could not fault Hamid for making the mistake since they agreed that the two stars did look alike. One wrote, "I mean I can totally see the resemblance!!! @carrieunderwood and you are both beautiful!" Another pointed out, "You look a lot like her!!," and a third stated, "#Bwahaha you could probably play her in a movie... I like it!" 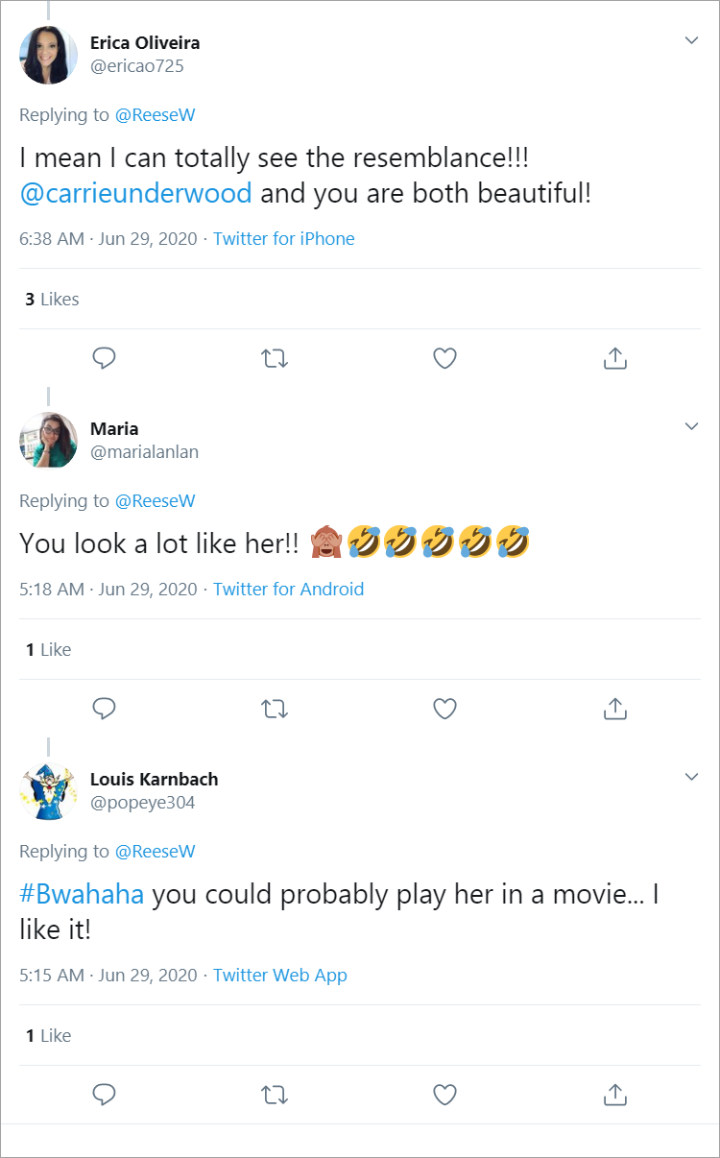 Twitter reacted to Reese Witherspoon's story about being mistaken for Carrie Underwood.

Underwood herself has in the past named Witherspoon as the actress she would like to portray her in a movie. "If I died tomorrow and they wanted to do a movie about me, I've always loved Reese Witherspoon and I feel like we have the same stature," the 37-year-old singer spilled in an interview. "We're about the same height and she can sing."