During an appearance on Mark Birnbaum's Instagram Live series, the 'Amazing Spider-Man 2' actor confirms that the long-in-development project about the boxing legend is officially happening.

AceShowbiz - Jamie Foxx is gearing up to play Mike Tyson in an upcoming biopic, which has been long in development. Appearing on Mark Birnbaum's Instagram Live series "Catching Up With Mark Birnbaum", the 52-year-old actor offered a glimpse of his transformation for the role. He showed Birnbaum some photos of him going shirtless, revealing his bulked up physique.

"Every other day, I do 60 pull-ups, we do 60 dips, we do 100 push-ups," Foxx said of his preparation for the movie. While his fitness routine is already changing the upper half of his body, the Academy Award-winning actor revealed that they would still need CGI and prosthetic to complete his transformation. 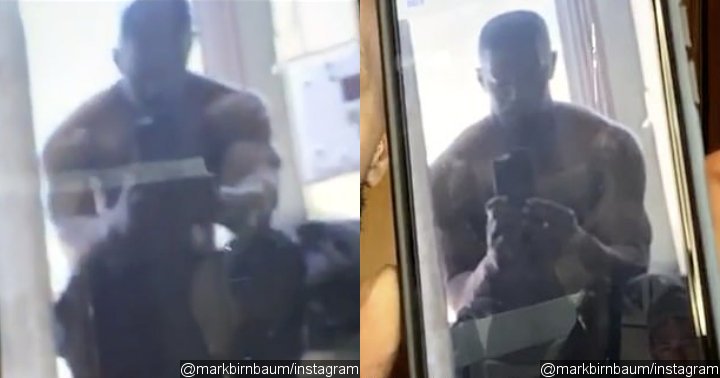 "I ain't got no calf muscles, so we're gonna have to get some prosthetics for that," he shared. He added that he aims to be 216lbs when filming starts as he plays a younger version of the boxer, and then he will "balloon to 225, 230 which will look like 250 on screen."

The biopic was first announced in 2014, but there wasn't much progress. However, during the Live conversation, Foxx confirmed that the project is officially happening. "It's a definitive yes," he said when asked if the project is moving forward. On the long process to make the movie, he explained, "Look, doing biographies is a tough thing. Sometimes it takes 20 years to get them done. But we officially got the real ball rolling."

The "Django Unchained" star also teased what to expect from the film, saying that it aims to depict the "different lives" of the boxing legend. "We want to show, everybody evolves," he went on dishing. "I think when we lay the layers on Mike Tyson in this story, I think everybody from young and old will be able to understand this man's journey," he gushed.

"And then just the technology of how I'm gonna look, I guarantee you people will run up on me in the street, and ask for autographs, and think that I'm Mike," he added, before showing his pitch-perfect Tyson impression.

It's currently unknown who will direct the movie. Martin Scorsese was at one point reported to serve behind the lens, but he seems to be no longer on board now.