The Philadelphia 76ers player is rumored to reconcile with the 'Songs for You' singer as they were seen wearing matching necklaces two years after their split.

AceShowbiz - Ben Simmons and Tinashe have sparked reconciliation rumors. The Philadelphia 76ers player and the "Songs for You" singer have allegedly got back together amid the ongoing coronavirus lockdown.

Ben and Tinashe have started wearing matching necklaces recently. Rumor has it, they keep their relationship on the down low. 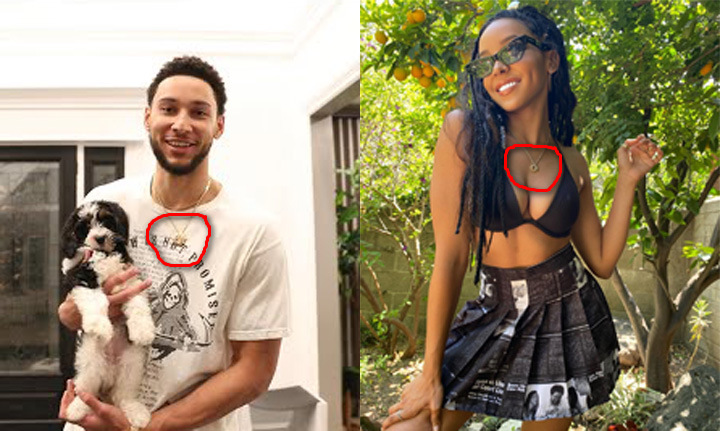 The reconciliation rumors between Ben and Tinashe emerged following reports that his ex Kendall Jenner hooked up with fellow NBA star Devin Booker.

Ben Simmons, 23, previously dumped Tinashe, 27, for Kendall Jenner. Ben and Tinashe broke up in May 2018 after two months of dating. He moved on with Kendall in the same month after his split from Tinashe.

Tinashe was burnt pretty bad and struggled to cope with the separation. "I drank for, like, six months after that! Are you kidding me? I was, like, wasted for months," she opened up. "It was terrible."

Ben was accused of messing around with Kendall while still seeing Tinashe while Tinashe was rumored to stalk him. The singer vehemently denied it. She admitted she did bump into her ex at a Los Angeles club but claimed it was Ben who reached out to her first. "He's texting me," she said. "What the hell? What is he doing? What an idiot!"

She later wrote a song that alluded to the drama, insisting that she had moved on. "I gave up all my love but you abused it / Now you're just something I checked off my to-do list," the lyrics read. "I'm sorry / I gotta pass on you."

Despite dissing him, she still keeps some of his pictures on her Instagram till this day.

Jamie Foxx Jets Off to Minneapolis to Join Protests