Prior to the event, the artist had expressed a wish for his music to bring people together to pray for Earth's healing amid the coronavirus pandemic, which has forced his native Italy into a national lockdown, and as he wrapped up the set outside the historic venue with a cover of John Newton's "Amazing Grace", viewers flocked to social media to share their joy at Bocelli's flawless performance.

Among those who tuned in for the unique gig was Kim Kardashian, who gushed on Twitter, "A prayer for our world from @AndreaBocelli," while Hugh Jackman posted, "From the bottom of our hearts, thank you @AndreaBocelli A tremendous gift and exactly what we needed. #AmazingGrace #HappyEaster." 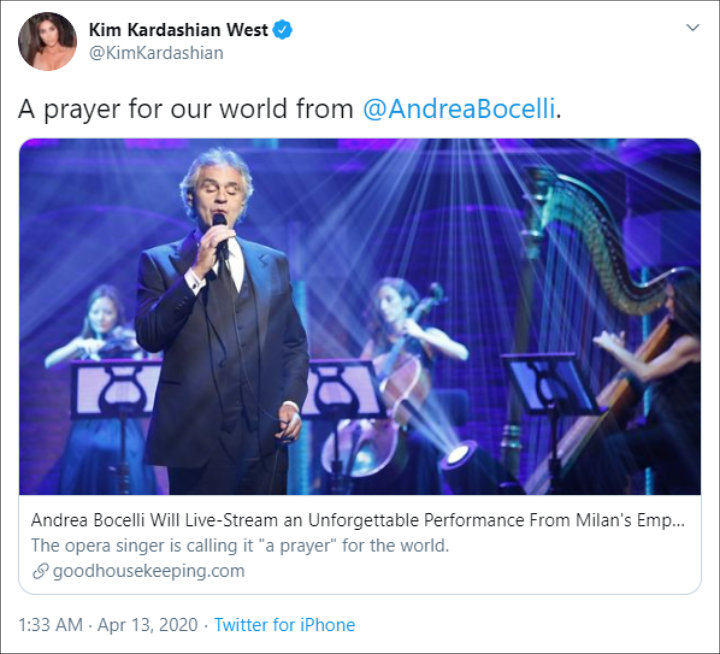 Bocelli had been invited by city officials to hold the livestreamed concert to bring hope to his fellow Italians, who are currently under full lockdown until 3 May.