Patty Jenkins was originally attached to direct 'Thor: The Dark World' before she opted to quit the 2013 Marvel blockbuster and was replaced by fellow filmmaker Alan Taylor.

AceShowbiz - "Wonder Woman" visionary Patty Jenkins walked away from "Thor: The Dark World", because she didn't think she could make a good movie about the Marvel character.

Jenkins was attached to direct the blockbuster but quit due to "creative differences", and now reveals she didn't think she could work with the script.

"I did not believe that I could make a good movie out of the script that they were planning on doing," she tells Vanity Fair. "I think it would have been a huge deal - it would have looked like it was my fault. It would've looked like, 'Oh my God, this woman directed it and she missed all these things'."

"That was the one time in my career where I really felt like, 'Do this with (another director) and it's not going to be a big deal. And maybe they'll understand it and love it more than I do'."

Marvel Studios bosses replaced Patty with Alan Taylor and his film was panned by the critics.

Patty has no regrets about walking away from Marvel, adding, "You can't do movies you don't believe in. The only reason to do it would be to prove to people that I could. But it wouldn't have proved anything if I didn't succeed. I don't think that I would have gotten another chance."

Instead she jumped to D.C.'s "Wonder Woman" and broke records with the blockbuster smash. She's back at the helm for the sequel, "Wonder Woman 1984", which will now hit theatres in August, due to the coronavirus pandemic. 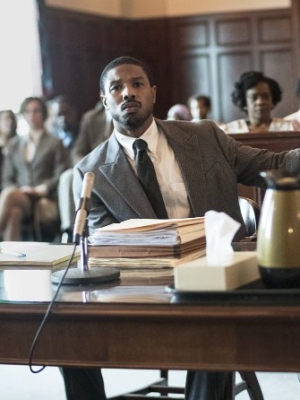