The 'Toxic' hitmaker has left many puzzled by her latest Instagram post in which she suggested that she completed a 100 meter dash faster than world record holder Usain Bolt.

The "Toxic" hitmaker, who broke her foot in February, took to Instagram on Wednesday, March 25 to post a screenshot of her stopwatch timer paused at 5.97 seconds as she shared words of fitness encouragement.

However, she left her followers confused after using the caption to suggest she had recorded the time for a "100 meter dash", even though Olympic gold medallist Bolt currently holds the world record for the distance, which he completed in 9.58 seconds back in 2009. 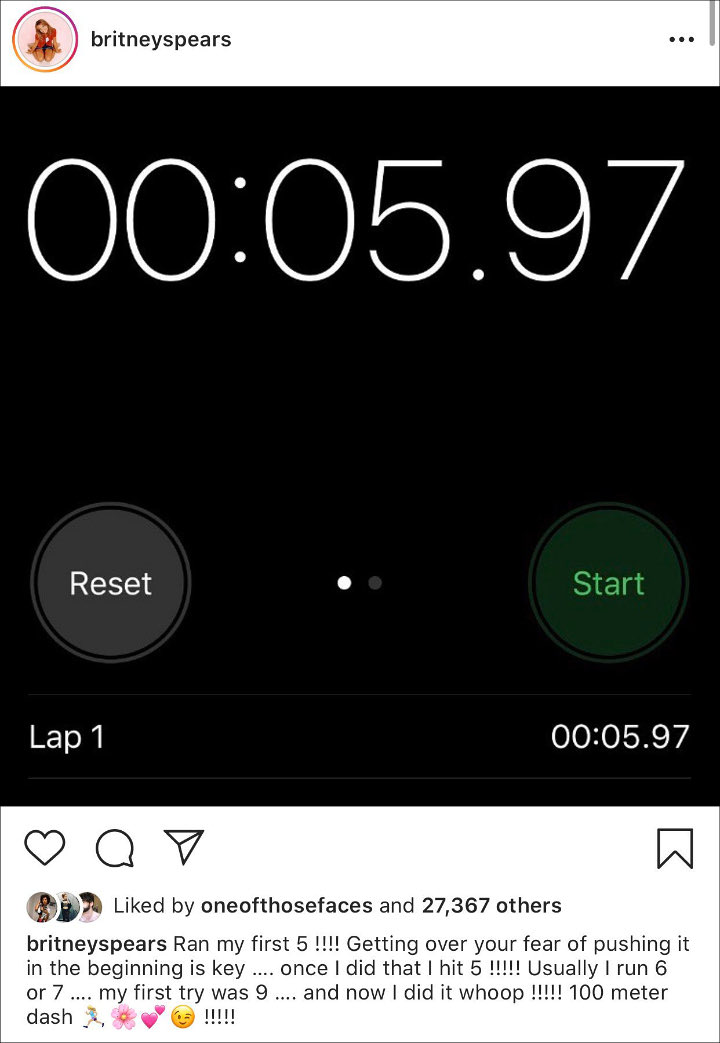 Her speedy sprint had many followers questioning the legitimacy of her post, while others took to joking about her newly-discovered athletic talent, including Jamie Watson, who is married to Britney's sister, Jamie Lynn Spears.

"It's a shame the olympics are canceled. You could hang 4 seconds on everyone (sic)," he quipped in the comments.

Britney's boast was posted online a day after the 2020 Olympic Games, due to be held in Tokyo, Japan this summer, were officially postponed until next year (2021).

The singer has yet to respond to the sporting confusion.

R. Kelly Makes Use of COVID-19 Fear as Base of Jail Release Request