Khloe Kardashian and Tristan Thompson Not Back Together Despite Quarantining Together

According to a source, the Cleveland Cavaliers player has stayed at the 'Keeping Up with the Kardashians' star's house for a few days to spend time with their daughter True.

AceShowbiz - Khloe Kardashian and ex-boyfriend Tristan Thompson are not back together. Practicing social distancing in the midst the coronavirus pandemic, the "Keeping up with the Kardashians" star and the Cleveland Cavaliers player have reportedly quarantined themselves together, but it was said to be more for the sake of their daughter.

"Tristan has been around and stayed at Khloe's house for a few days so he could spend time with True. They are all healthy," a source told PEOPLE on why the former couple did their self-isolation together. Ruling out any possibility of them getting back together, the source added, "Khloe and Tristan are not back together. Again, being the best co-parents is their only priority."

Days earlier, another source told Us Weekly that Khloe "doesn't have bad or negative feelings toward Tristan at this point." The source went on to explain, "Being quarantined has made her have a soft spot for him, and she knows he will always be part of her life in some way because he is True's dad. Khloe has been open and receptive toward Tristan."

Khloe and Tristan first made their romance Instagram official in December 2016 months after being spotted leaving a Los Angeles nightclub together. One year later, the twosome announced they were expecting their first child together. They, however, broke up in February 2019 after he was accused of cheating with Kylie Jenner's former BFF Jordyn Woods.

Since then, Tristan was often reported to have tried winning Khloe back. "He feels guilty and knows how badly he messed up. Khloe was the best thing that ever happened to him and he knows he made a lot of mistakes," a source told E! News in late 2019. "He's trying to make up for it." Khloe, however, was said having no interest "in giving him another chance." 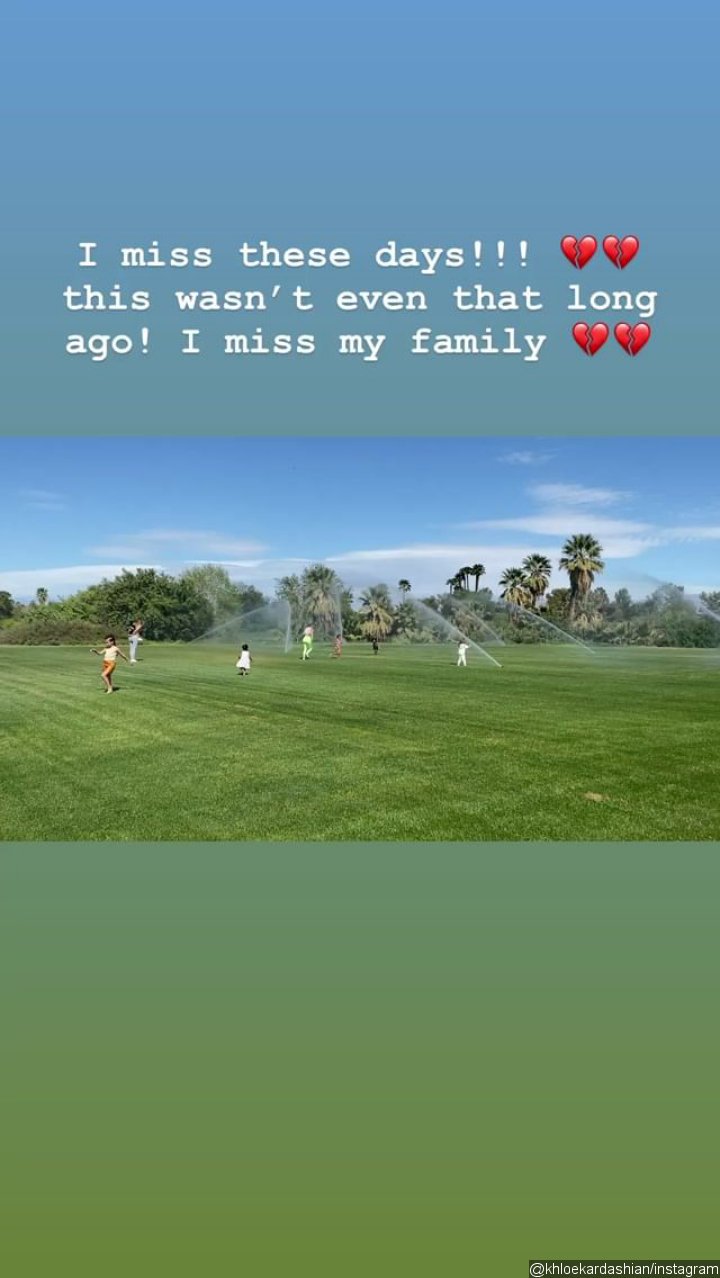 Ex-boyfriend aside, Khloe has confided with fans that she found it hard to stay away from her Kardashian-Jenner clan as she followed the safety guidelines to fight the spread of COVID-19. Uploading a throwback video of her sisters and their children running around in an open spacious land, she admitted, "I miss these days!!! this wasn't even that long ago! i miss my family."