Additionally, Kitty is at odds with the majority of 'Black Ink Crew: New York' cast as some of her former co-stars, including Tati and Donna, feel betrayed by Kitty's move to Chicago.

AceShowbiz - With Miss Kitty moving from "Black Ink Crew: New York" to "Black Ink Crew: Chicago", more drama is coming to the latter. The midseason premiere, which was aired on February 26, hinted at the tension between Miss Kitty and Young Bae, and a new report details how ugly the fight actually is.

According to MTO News, the Korean tattoo artist punched Kitty in the face and the two continued fighting in front of camera. The face-punching seemingly took place after the altercation, which was featured in the trailer, escalated further.

The clip saw Bae attacking Kitty with her purse after knowing that the latter setting up shop with the "Chicago" cast. "You a f***ing punk a** b***h!" she yelled.

The altercation aside, Kitty is at odds with the majority of "Black Ink Crew: New York" cast as some of her former co-stars, including Tati, Bae and Donna, felt betrayed by Kitty's move. That led Tati to spread rumors of Kitty sleeping with "Black Ink Crew: Chicago" cast member Ryan Henry, who is an ally of Kitty's ex-boyfriend Caesar Emanuel.

Not taking the rumors well, Caesar was livid. "The audacity of this motherf***er," Caesar said in the midseason trailer. "I was his friend, I was his mentor, and you got the nerve to mess with one of my exes and throw it in my face. Man, f**k that! It wouldn't be no 9MAG without Ceaser, yo!"

Fans were not happy to see how everyone treated Kitty as one urged, "So sad how they ganging up on kit. leave that girl alone. They are MISERABLE and it really shows !!!" Another fan thought that the "Chicago" cast members were so worried about kitty. "Don alone will beat the WHOLE shop up. Donna tati & bae are some real life HATERS," one added. 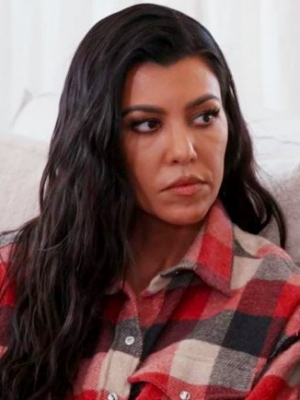