In a statement released by his management, the British DJ and producer was said to have passed away in the early hours of February 17 at Whipps Cross Hospital, London.

According to a statement from Weatherall's management, the star passed away in the early hours of Monday, February 17 morning following a pulmonary embolism.

"We are deeply sorry to announce that Andrew Weatherall, the noted DJ and musician passed away in the early hours of this morning, Monday 17th February 2020, at Whipps Cross Hospital, London. The cause of death was a pulmonary embolism. He was being treated in hospital but unfortunately the blood clot reached his heart. His death was swift and peaceful," the statement reads.

"His family and friends are profoundly saddened by his death and are taking time to gather their thoughts," it continues. "Management and family have asked to have their privacy respected at this time."

Weatherall was one of the key DJs in the acid house movement of the late 1980s, during which time he founded the record label Boy's Own Recordings and the production outfit Bocca Juniors.

His musical projects included "Two Lone Swordsmen", with Keith Tenniswood, and The Sabres of Paradise, and he notably worked with Primal Scream on their breakthrough 1991 album "Screamadelica" - one of the most successful records of the 1990s.

Following the devastating news, fellow musicians took to social media to pay tribute to the star, including the Charlatans' Tim Burgess, who wrote on Twitter: "Shocked and saddened to hear that cosmic traveller Andrew Weatherall has left the building. Always a pleasure to meet up with him and share good times." 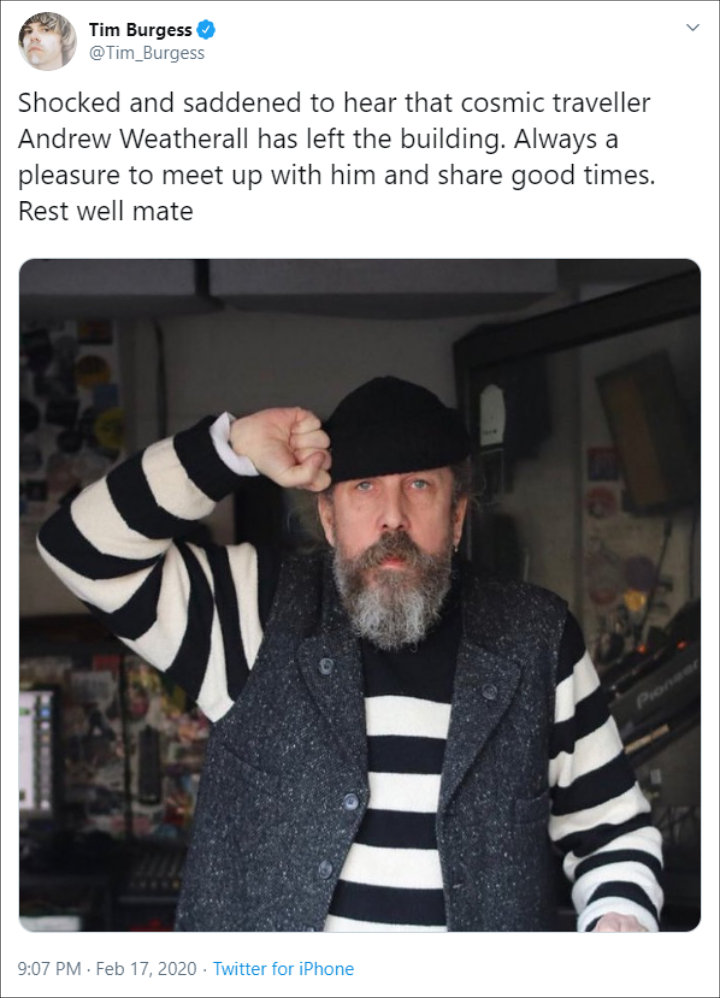 Dave Haslam, another key figure in the acid house era, added that Weatherall was, "one of the greatest, sweetest, funniest guys I've ever met," while DJ Giles Peterson shared: "(It's) hard to put into words the influence and impact Andrew Weatherall has had on UK culture... so sad to hear of his passing RIP." 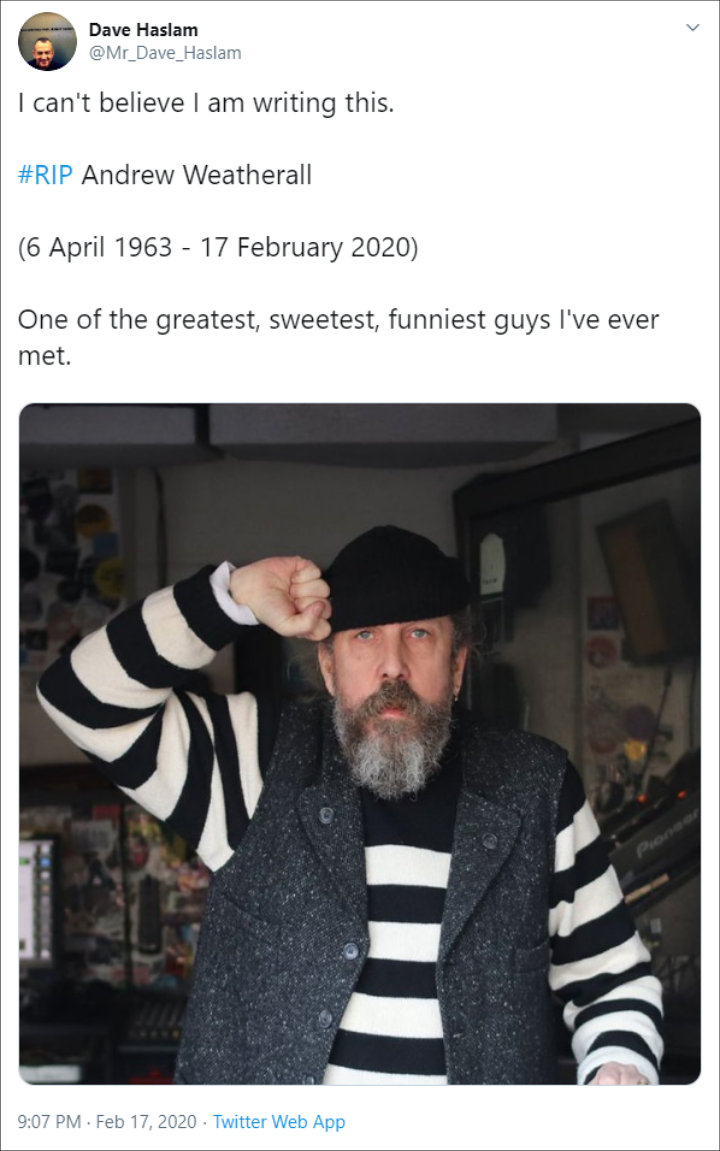 The musician continued to work as a DJ and producer until his death. Announcements regarding funeral arrangements will be made via the star's press officer, James Parrish, according to the statement.