Following his service in Miami and Los Angeles, the 'Follow God' rapper brings his weekly religious event to his hometown ahead of the 2020 NBA All-Star Game.

AceShowbiz - Kanye West has given gospel treatment to many hit songs. Two weeks after bringing his Sunday Service to Miami for this year's Super Bowl, the "Follow God" rapper returned to his hometown of Chicago, Illinois ahead of the 2020 NBA All-Star Game, and treated nearly 10,000 fans to his weekly religious event.

On Sunday afternoon, February 16, West's choir, The Samples, kicked start the concert at the Credit Union 1 Arena at the University of Illinois Chicago almost an hour after its original 2 P.M. scheduled time. Congregating in the middle of the venue, they covered "Hallelujah", "Closed on Sunday" and "Follow God".

Appearing halfway through the show, the husband of Kim Kardashian delivered "Can't Tell Me Nothing" and "Selah", a single from his 2019 album "Jesus is King", while remixes of "Power", "Father Stretch My Hands" and "Fade" were also performed. His choir also transformed such songs as A$AP Ferg's "New Level", Soul II Soul's 1989 hit "Back to Life" and Maze & Frankie Beverly's 1977 song "Before I Let Go" into God-praising anthem.

At the event, West addressed criticism from haters who doubt his newfound relationship with God. "I'm not here to perform for y'all. I don't do performances. I'm only here to tell you what saved my life and brought my mind back," he told attendees. "I'm not saying that when you get delivered and when you get saved that life becomes easy, but you get to lean on a rock that won't ever fail you."

The two-hour Sunday concert was West's second time bringing his Sunday Service to his hometown. Back in September 2019, he hosted the spiritual get together at Huntington Bank Pavilion, and treated attendees with a special performance by Chance the Rapper who joined the choir to tackle "Ultralight Beam". 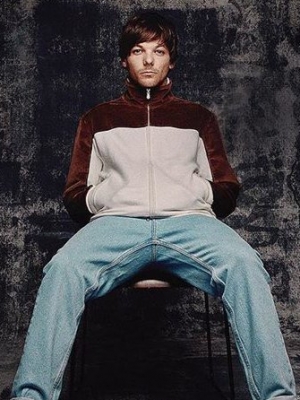