Dennis McKinley is furious at one of his Instagram followers who claims he has another child that he has been hiding from the public eye following rumors he cheated on his fiancee.

AceShowbiz - Porsha Williams' fiance Dennis McKinley was accused of fathering a baby with another woman. The accusation came as he allegedly went through a rough patch with his bride-to-be following rumors that he cheated on her.

McKinley posted a picture with baby Pilar, his daughter with fiancee Porsha. He flashed a big smile while holding the tot in his arms, but one of his followers ruined the mood claiming he had another kid that he had been hiding from the public.

"She's an adorable baby, but remember you have two!" the commenter wrote. McKinley was livid as he hotly replied, "B***h I ain't got two," before telling the fan to "shut up." 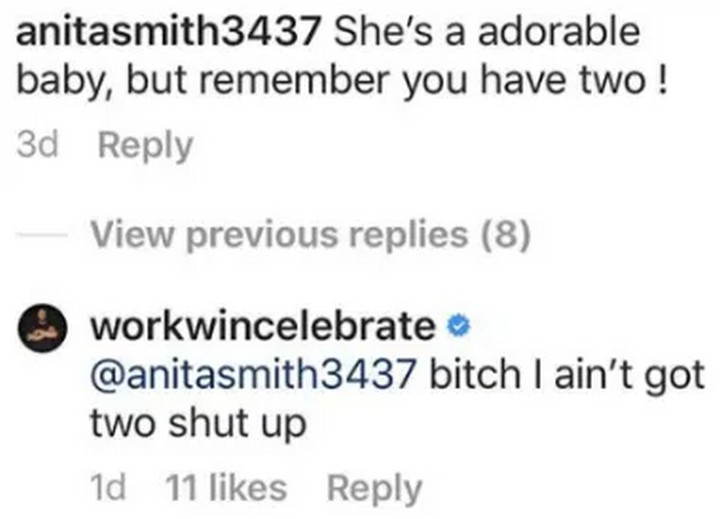 Back in 2019, McKinley did admit to sleeping with another woman behind Porsha's back while she was pregnant with their daughter. They later broke up after she gave birth to their child.

Despite her claims that she's done with him, "The Real Housewives of Atlanta" star eventually took him back.

Months later, the story repeated itself. Rumor has it, he slid into another woman's DMs and then had a late-night meet-up with her and several other females. He vehemently denied the accusations while Porsha sparked split rumors with a "tell all" note.

She still left a favorable comment on his recent post, however. "#GirlDad," she commented on his picture with their daughter, joining the trend that celebrated fathers' relationship with their daughters after ESPN anchor Elle Duncan recalled how much the late Kobe Bryant loved being the father of four girls.

Lewis Capaldi Says Being No. 2 Is Disgusting as He Tops Chart With 'Before you Go'