Besides Meghan's death, the 'Anna Wintour' rapper predicts that Kim Kardashian and Kanye West will divorce and that Beyonce will become 'America's Next Martha Stewart.'

AceShowbiz - Azealia Banks is no stranger to controversy, and she has done it once again. The rapper came under fire after she posted on Instagram Stories her predictions about all the things that are going to happen in this decade, including the death of Meghan Markle.

In the post shared on Thursday, January 30, Azealia predicted that the Duchess of Sussex would be killed in a car crash in 2022, followed by Queen Elizabeth II's death in the following year. As for Meghan's husband, Prince Harry, the "Anna Wintour" rapper believed he would move back to England next year despite his intention to live in both Canada and the United Kingdom. 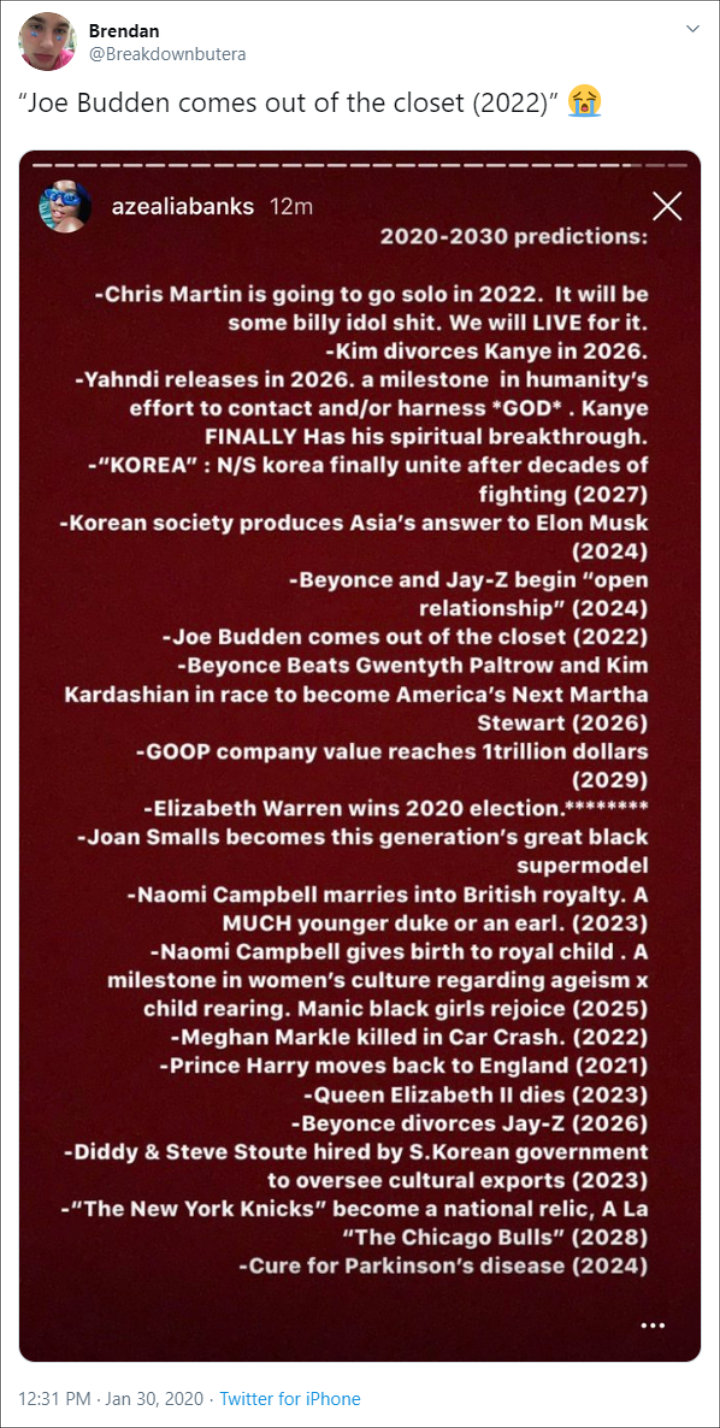 People were not having it after reading the prediction, especially because Harry's mother Princess Diana was killed in a car crash in 1997. "NOT MEGHAN DYING HOW DIANA DID," one commented. "Why would she say that about Meghan. That's not even funny," another blasted Azealia, as one other echoed, "Nah the Megan Markle one she needs to be stopped to even speak that against her I wanna fight."

Someone else said, "The only prediction I hate and she needs to re do is the meghan markle one. I hate when people speak death on those that DONT deserve it. It disturbs my spirit." A different individual angrily wrote, "This tacky b***h really out here 'predicting' Megan to die in a car accident." On the other hand, one urged Azealia, "I need her to retract what she said (sic) Meghan. We not speaking that into atmosphere, sis."

Besides Meghan's death, other things that Azealia predicted were Kanye West and Kim Kardashian's divorce, Beyonce Knowles becoming "America's Next Martha Stewart," and Joe Budden coming out of the closet. She also said that Beyonce would end her years-long marriage to Jay-Z in 2026, in addition to Naomi Campbell becoming a part of the royal family.