In a new promo for the hit competition show's upcoming season, the 'Barbie Dreams' rapper steps out in a skintight red outfit and pledges her 'allegiance to the drag.'

The "Anaconda" rapper announced her new role on Instagram on Thursday, January 30, sharing a promo for "RuPaul's Drag Race", in which she is wearing a skintight red outfit.

"Welcome to the Main Stage of RuPaul's Drag Race!," she says in the spot. "I'm Nicki Minaj, and I pledge allegiance to the drag!".

The clip also features a sneak preview of one of her comments, in which she describes a contestant in the drag competition as "like a Barbie out of the box". She concludes the promo by stating, "Show up and make her-story (sic), boom!".

Nicki shared the same post on Twitter, but added the caption: "A dream of mine for so long," alongside a crown and lipstick emojis. 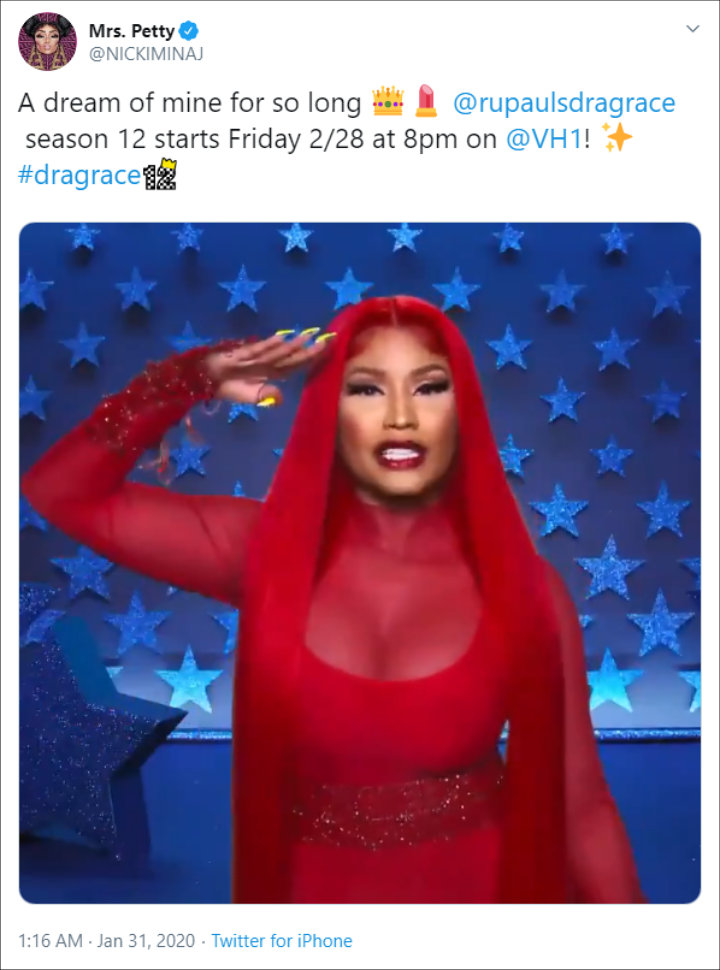 She will star in the premiere episode of Season 12, airing on February 28.

The news comes at a difficult time for Minaj. This week (January 27), her older brother, Jelani Maraj, was found guilty of predatory sexual assault and endangering the welfare of a child. He was sentenced to 25 years to life in jail.