Chrissie Carnell-Bixler claimed the 'Men at Work' alum and the Church of Scientology were responsible for the death of her dogs that passed away after eating rat poison wrapped in raw meat.

AceShowbiz - A woman who accused actor Danny Masterson of rape has now blamed the star for poisoning and killing two of her dogs.

Chrissie Carnell-Bixler and her husband, The Mars Volta singer Cedric Bixler-Zavala, both took to Instagram on Tuesday, January 22 to reveal that their dogs had died after eating rat poison wrapped in raw meat. In the shocking posts, the pair claimed that Danny and the Church of Scientology were responsible for the heinous act - leaving the poisoned meat deliberately in their yard.

"I'm at the vet dealing with another hurt animal. This is what I've been finding in my front and backyard. This is what Scientology does when you speak about the predators they protect," Cedric wrote.

Alongside a picture of the dogs, named Biscuit and Ethel, Chrissie wrote on her Instagram: "Scientology and Danny Masterson have now murdered two of my sweet baby dogs. Biscuit would have turned one this week.... Baby Ethel, please take care of our little Biskey til we all meet again.... How many times can a heart break?".

Chrissie is one of four actresses who came forward in 2017 to accuse Danny of sexual assault. He strongly denied the allegations at the time, but the fallout cost him his role in Netflix comedy "The Ranch".

Then, last August, Chrissie and the three other women sued the "That '70s Show" star and the Church of Scientology, claiming they conspired to cover up the rape and sexual assault accusations against him.

Neither Danny nor the Church of Scientology had commented on Chrissie's latest allegations as WENN went to press. 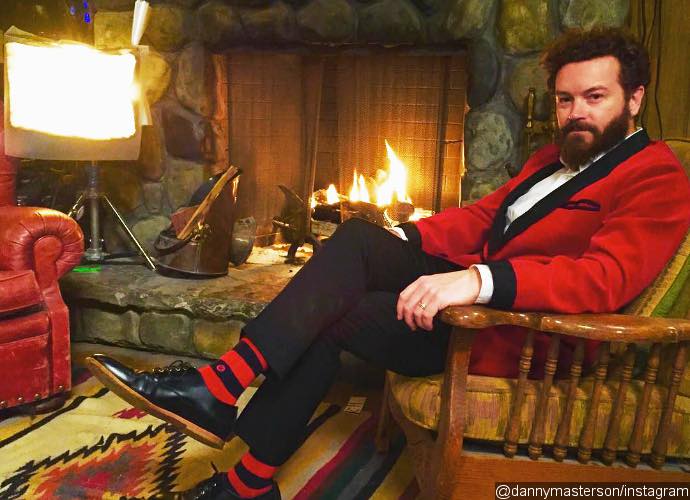