When weighing in on the tragic death of Juice WRLD, the 'Dark Things' rapper points out the importance of conveying a more positive influence in hip-hop music.

AceShowbiz - Rapper Vic Mensa has called on his fellow hip-hop stars to quit glorifying drug use in their music, following the tragic death of Juice WRLD earlier this month (December 2019).

The 21-year-old, real name Jarad Higgins, died at Chicago's Midway Airport after suffering a seizure on December 8, and his family later opened up on the star's long-term battle with "prescription drug dependency".

Speaking to TMZ, "Dark Things" star Mensa urged his musical peers to have a more positive influence through their music, adding he's "100 per cent" thought about the message he conveys in his tracks.

"As members of the hip-hop community, we need to take responsibility for the things that we say," he said. "We need to recognise that the s**t that we talk about influences children."

He continued: "We have a responsibility to give it to them in a real way. Not to say you can't talk about your real life and the things that are happening, but I think that we need to start holding each other and ourselves accountable for our glorification of the drug culture. 100 per cent." 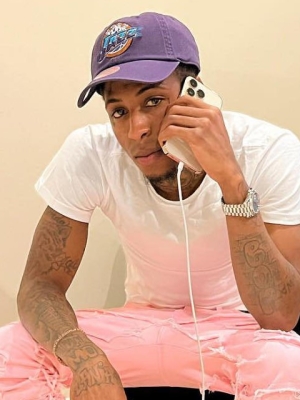