In a statement issued on social media, the 'Californication' hitmakers announce that the guitarist who performed with them from 1988 to 1992 would be returning to the fold.

The "Californication" hitmakers announced the line-up change in a statement issued online on Sunday, December 15.

Bidding farewell to Klinghoffer after 10 years, they declared, "Josh is a beautiful musician who we respect and love. We are deeply grateful for our time with him, and the countless gifts he shared with us."

However, fans won't be too disappointed at the news, as frontman Anthony Kiedis, bassist Flea, and drummer Chad Smith revealed Frusciante would be returning to the fold.

"We also announce, with great excitement and full hearts, that John Frusciante is rejoining our group," they added.

No further details about the split from Klinghoffer have been revealed, but he played on two of the band's albums - 2011's "I'm with You" and 2016's "The Getaway".

Frusciante initially performed with the Red Hot Chili Peppers from 1988 to 1992, following the death of original guitarist Hillel Slovak, and again from 1998 until 2009.

Rich the Kid and GF Tori Brixx Fight on IG Live, Fans Urge Her to Dump Him 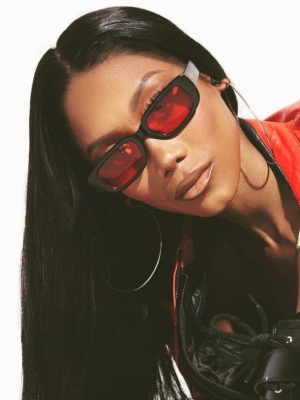