People believe that the sisters are helping the Canadian basketball player in his mission to win his baby mama's heart as they help him choose the perfect gift for her.

AceShowbiz - People can badmouth Khloe Kardashian all they want, but when they come for her best friends Malika and Khadijah Haqq, that's when the star tells them to draw the line. An example of that could be seen when the sisters received backlash for helping Tristan Thompson choose the perfect gift for his ex and baby mama.

In the latest episode of "Keeping Up with the Kardashians", Khadijah and Malika Haqq reasoned that they decided to help him out because both of them wanted the exes to have peaceful relationship after their messy split. "I think that Khloe's priority is to have peace in her relationship with Tristan. And if this is just one step towards him showing her that he wants her to feel better, I think it's good," Malika noted in the episode.

However, viewers didn't see the gesture the same way as they believed that it was his way to win her heart back. This resulted in them calling them out, and Khloe would not just see her best friends being roasted and do nothing. Fiercely defending them in a series of Twitter posts, the fashion mogul said, "I keep seeing people criticizing my best friends. My best friends would never do anything to hurt me. I can say that with full confidence! You guys don't know the entire story. EVER!!" 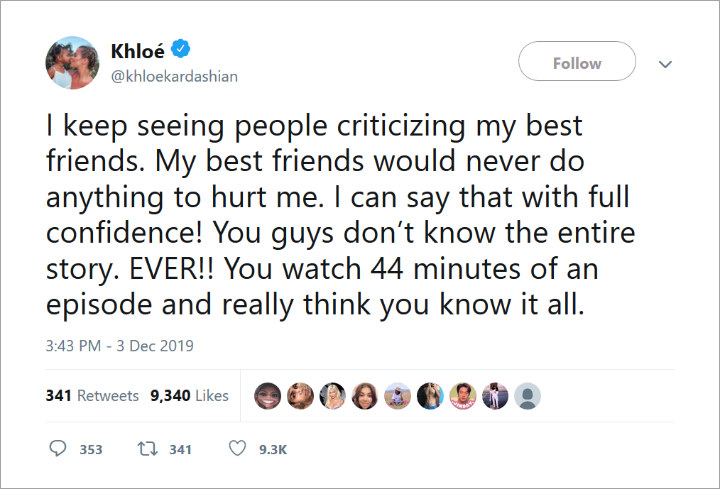 Hitting back at those who "think you know it all" by just watching the reality series, Khloe urged them to "stop talking about my friends. Focus on your own lives, which I'm pretty sure is NOT perfect." She continued, "People love to have an opinion when they're behind a computer screen. I'm fine with opinions. Just make sure you live the life you so quickly judge others about." 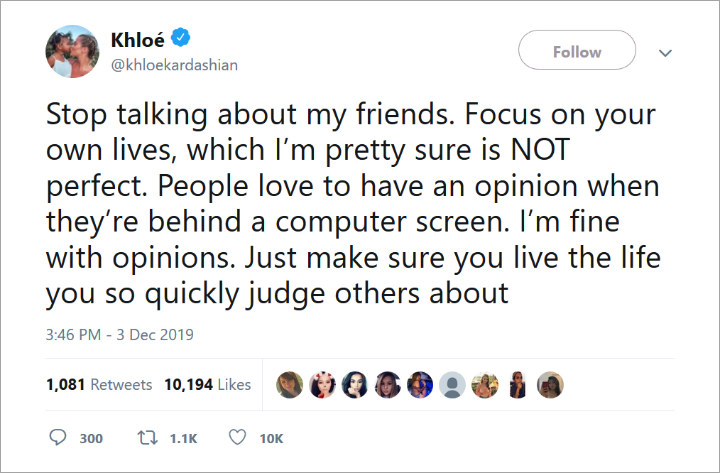 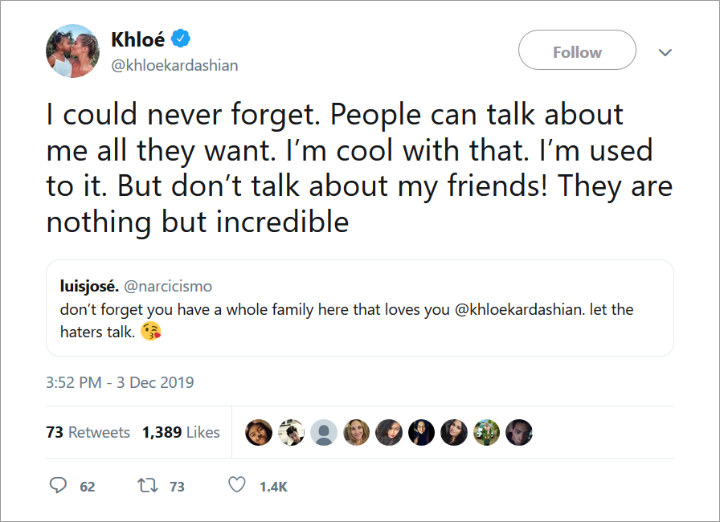 Khloe Kardashian replied to a fan.

When one fan told her to ignore the haters because she has a "family that loves you," Khloe replies, "I could never forget. People can talk about me all they want. I'm cool with that. I'm used to it. But don't talk about my friends! They are nothing but incredible."

City Girls' JT Feels 'Blessed', Gets a G-Wagon for Her Birthday