The 'Seventh Heaven' alum still has her diamond wedding band on as she's pictured days after her husband was caught holding hands with her 'Palmer' co-star Alisha Wainwright.

AceShowbiz - Jessica Biel has been seen out in public for the first time after pictures of her husband Justin Timberlake getting cozy with another woman surfaced online. The 37-year-old actress was photographed out and about in Los Angeles on Monday, November 25.

In photos obtained by Daily Mail, the mother of one, who stepped out solo for the outing, still had her diamond wedding ring on while being pictured walking in a self-serve parking garage. She flashed a smile as she worked on the parking ticket machine.

"The Sinner" star was effortlessly chic in a white long-sleeve T-shirt teamed with belted ripped jeans and black-and-white sneakers. She also carried a black sling bag and held what looked like a smoothie in a large container. 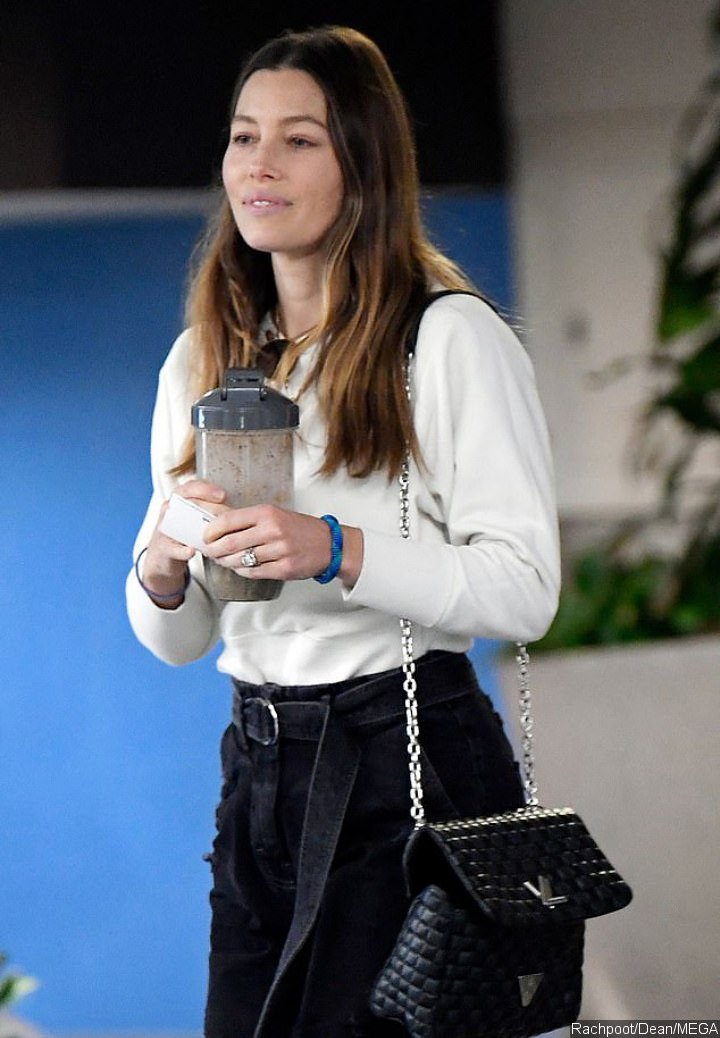 Previously, Jessica was pictured stepping out on Friday, a day after her husband Justin was caught getting a little too close with his "Palmer" co-star Alisha Wainwright at a bar in New Orleans. She was seen resting her hand on the former NSYNC member's knee. In another photo, meanwhile, the "Say Something" singer was seen holding the 30-year-old actress' hand on his knee. His wedding ring was noticeably absent from his finger.

However, the pictures of Justin and Alisha's boozy night out didn't come out until Saturday, so Jessica likely had not been aware of the cheating allegation at the time.

A source has told E! News that Jessica and Justin were laughing off the cheating speculation. "They are downplaying everything and trying to laugh it off as nothing. But it was definitely inappropriate and something that would make any wife uncomfortable," the source claimed.

A rep for Alisha also played down the hookup speculation. "There is no validity to this speculation. They are currently working on a project together. Members of the cast and crew were all together," the rep stated.

Report: Selena Gomez Had Panic Attack Prior to 'Off-Key' Performance at the 2019 AMAs

Summer Walker Shows Up Late to Toronto Show, Makes Fans Wait in the Cold for Hours