The 'Orange Is the New Black' star turns heads in a very revealing gown that barely covers her breasts and shows part of her naked butt when she attends the special screening in Los Angeles.

AceShowbiz - Laverne Cox stole the spotlight at the Los Angeles premiere of "Charlie's Angels". The actress, who lands a minor role in the movie, made a jaw-dropping appearance as she hit the purple carpet in a daring black dress.

The long gown was completely sheer on the chest area and on the sleeves, almost revealing her bare breasts. The sheer sides also showed her toned thighs and butt as she went commando under the stunning number.

The LGBTQ+ advocate's long blonde hair was parted in the middle and styled in a simple up do, as she sported smokey eye makeup and smoky topaz lipstick. She completed her look with a pair of sheer high heels and dazzling earrings. 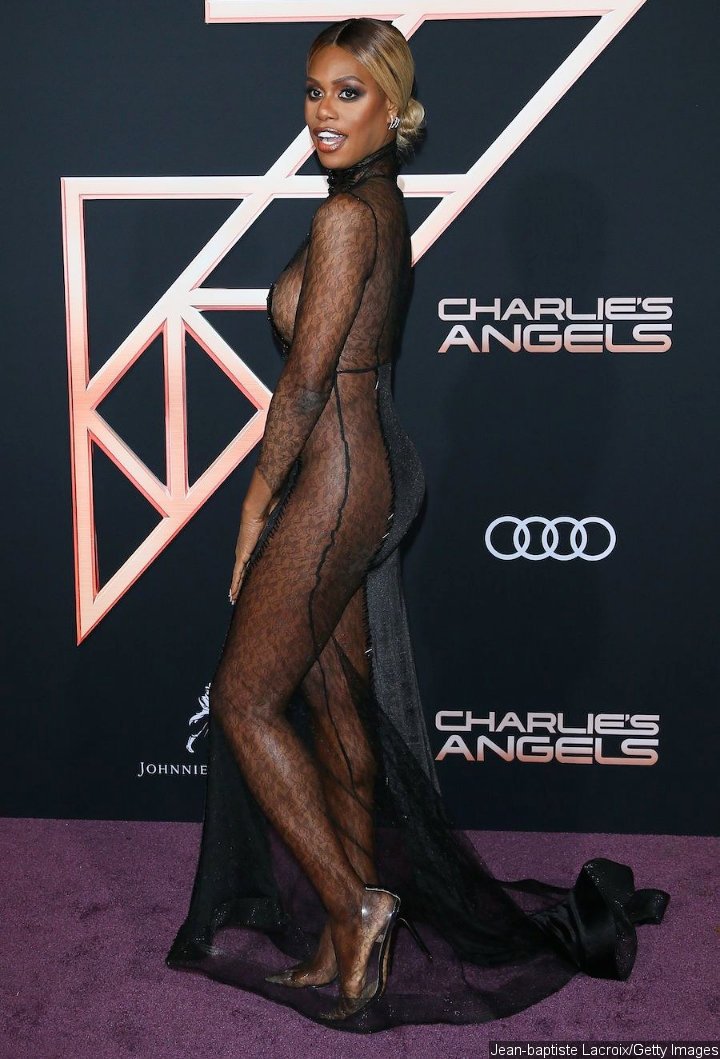 Not to be outshone by Laverne, Kristen Stewart was an epitome of Hollywood star in a rainbow sequin mini dress, with long sleeves and cut-outs on the midriff. She teamed her dress with blue pumps, while her short hair was arranged in a chic style.

The 29-year-old actress was joined by her co-stars Ella Balinska and Naomi Scott as well as director Elizabeth Banks when posing on the purple carpet outside Westwood's Regency Village Theatre. Ella opted for an elegant look in a champagne-colored dress with a plunging neckline and a floor-sweeping train. 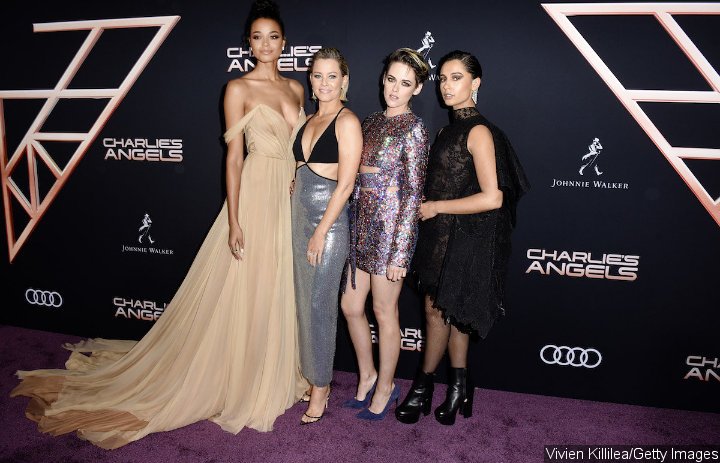 Kristen Stewart poses with co-stars Ella Balinska and Naomi Scott as well as director Elizabeth Banks on the purple carpet.

Naomi went bold in a short black lace dress that featured a floral pattern all over. The turtleneck sleeveless number had an asymmetrical textured hemline and she teamed it with black boots. Elizabeth, who directed the movie and stars as Susan Bosley, oozed sexiness in a black-and-silver gown with a plunging neckline and cut-out details over her toned abs. Her blonde hair was slicked back.

Kristen, Ella and Naomi play the tituler Angels, while Laverne stars as a bomb instructor. Taking to Instagram to share footage of her and Elizabeth greeting each other at the premiere, the "Orange Is the New Black" alum wrote in the caption, "Greeting @elizabethbanks at the @charliesangels premiere tonight. I love you Mrs. Banks! Thanks for the opportunity to be in this incredible film. Congratulations."

Teresa Giudice to Divorce Husband Joe: She's 'Done With Him'