P. Diddy Gets Candid About His Place in Music Industry

In an interview with DJ Khaled for Rolling Stone magazine, the 'Watcha Gon' Do?' rapper claims to be in 'semi-retirement', before spilling that he's bringing back 'Making the Band' in 2020.

AceShowbiz - P. Diddy is unsure whether or not there's a place for him in today's music industry, admitting he's currently in "semi-retirement".

The 49-year-old rapper hasn't dropped any new music since the release of his single "Watcha Gon' Do?" in 2017. He's long been rumoured to be working on a new album, but in an interview with DJ Khaled for Rolling Stone magazine, the musician, real name Sean Combs, wondered whether or not his time is up in the business.

"To be honest, I've been in semi-retirement," he mused. "If you don't see my name on all the Top 10 records, that means I'm not making music. I'm contemplating, 'Is there a role for me in music now?' "

Adding that he's bringing back his TV show "Making the Band" next year (2020), in which he leads the hunt for the hottest new music talent, Diddy continued: "I just know that for me, I would only be able to sign legends. To be honest, my decisions will be made through God. I'm at another frequency and level of music. It would have to be something that God fully put in my heart, like when I heard Biggie (The Notorious B.I.G.) or I heard Mary (J. Blige)."

Diddy's Son Injured and His Car Destroyed in Accident 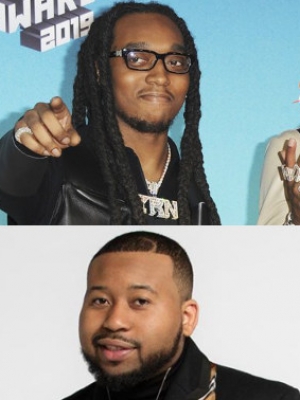