MoneyBagg shuts down the internet chatters claiming that he impregnated a stripper following online buzz that his rapper girlfriend dumped him for cheating.

AceShowbiz - MoneyBagg Yo broke his silence after Megan Thee Stallion was rumored to have dumped him for cheating on her with a stripper. The 28-year-old rapper, whose real name is Demario DeWayne White Jr., took to Instagram to debunk the infidelity reports. 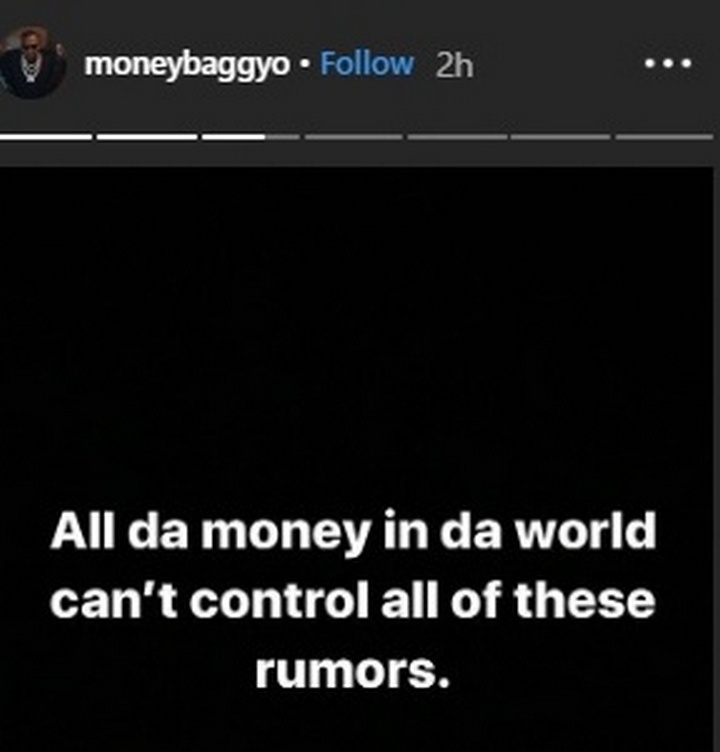 "All da money in da world can't control all of these rumors," he wrote on Instagram Story. He furiously denied rumors suggesting that he knocked up a stripper, "Ain't no stripper in da world dat can say they f**k wit me or having my baby. Stop wit da Capp(sic)!!" 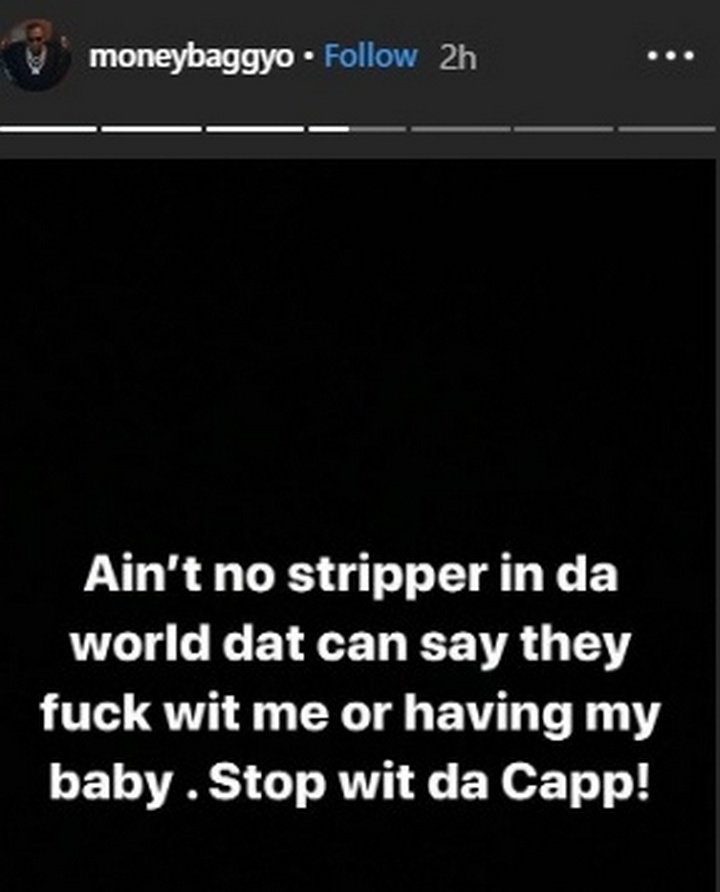 MoneyBagg has been hit with infidelity rumors since Megan confirmed their relationship on Instagram back in July. Roughly a week after the couple made it Instagram official, female rapper named Kala Kalico exposed him by posting a screenshot that showed him sliding into her DMs.

He seemingly flirted with Kala as he left her a heart emoji. "Lol my @MoneyBaggYo in my DMs??" she revealed to her Twitter followers, adding a number of laugh emojis. She also tagged Megan, "@theestallion pack your bags [smirking face]."

However, Megan and MoneyBagg kept going strong. They recently dropped a duet called "All Dat" and she gave him an expensive gift for his birthday in September. "His & hers charms for @moneybaggyo & @theestallion Happy bday to money bag yo who wish their woman can cop some like that for them too???" celebrity jeweler Iceman Nick revealed.

Miss Hot Girl Summer has been keeping quiet on the numerous unfavorable rumors surrounding her boyfriend.

Brandy Wrecked This Singer's Eye and Made Him Blind

MoneyBagg Yo Buys GF Ari Fletcher and His Entourage New Chains, BM Is Furious for Getting None