A$AP Ferg and Cardi B, along with 21 Savage, are all left speechless when they read what the Migos star wrote about himself in his new post on social media.

It was an image of Offset looking dapper in a white button-down and an oversized camel-colored coat. But it wasn't the picture which 21 Savage took issues with, it was the caption that read: "I'm sexy a** piece of [chocolate] but u can't taste."

21 Savage apparently thought the caption was cringey as he commented, "And da corniest caption of the year award goes to." He added a string of laughing emojis.

He was not the only one taken aback by the caption. Another rapper A$AP Ferg said he almost hit the like button until he read the note. "Was about to like the pic till I read the caption [laugh]," he commented.

Offset's wife Cardi B was also left speechless by hubby's confidence. The "Bodak Yellow" femcee posted a series of laughing emojis on the comment section. 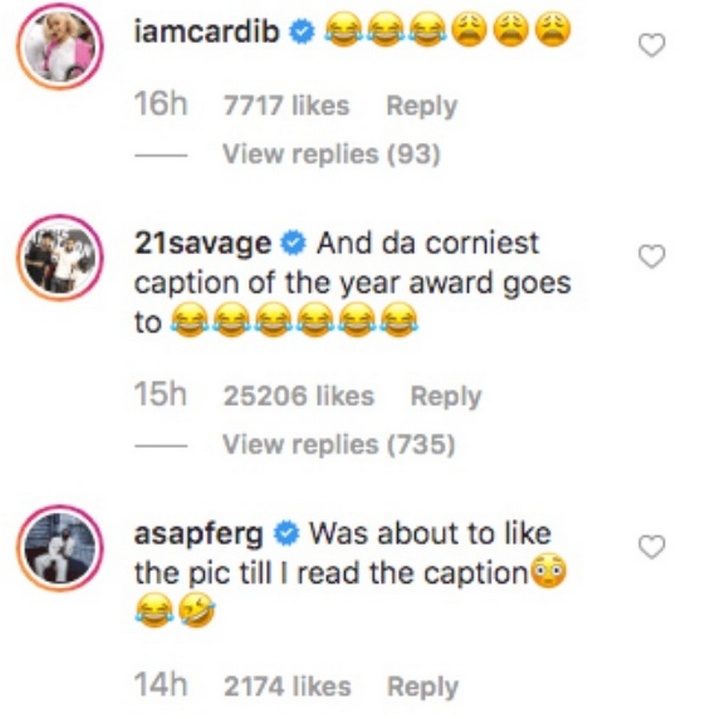 Meanwhile, some fans believed it was actually Cardi B who wrote the note. "When your wife wrote your caption," one of them commented.