Cody Simpson Covers Kylie Jenner's 'Rise and Shine' in Bedroom - Check Out Whom He Sings to!

The 'Golden Thing' crooner greets his cute companion in the bedroom with his rendition of Kylie's viral wake-up tune and shares the video on social media.

Kylie was caught on camera singing "rise and shine" to wake up her daughter Stormi Webster at the end of her office tour on YouTube. Little Stormi took a nap in her personal playroom that's connected to mommy Kylie's private office. It soon became popular memes on the web.

Cody was not the only stars covering Kylie's meme song. Ariana Grande also did her own version on Instagram Story and jokingly asked the "Keeping Up with the Kardashians" star if she could sample it. She could, of course, but Kylie had to be in the music video, as per the latter's request.

Meanwhile, Kylie's sister Kendall Jenner wanted to have the meme song as her phone alarm. "Someone send me a step by step on how to accomplish this," she commented on a post that showed an iPhone alarm blaring a loop of Kylie singing "Rise and Shine." 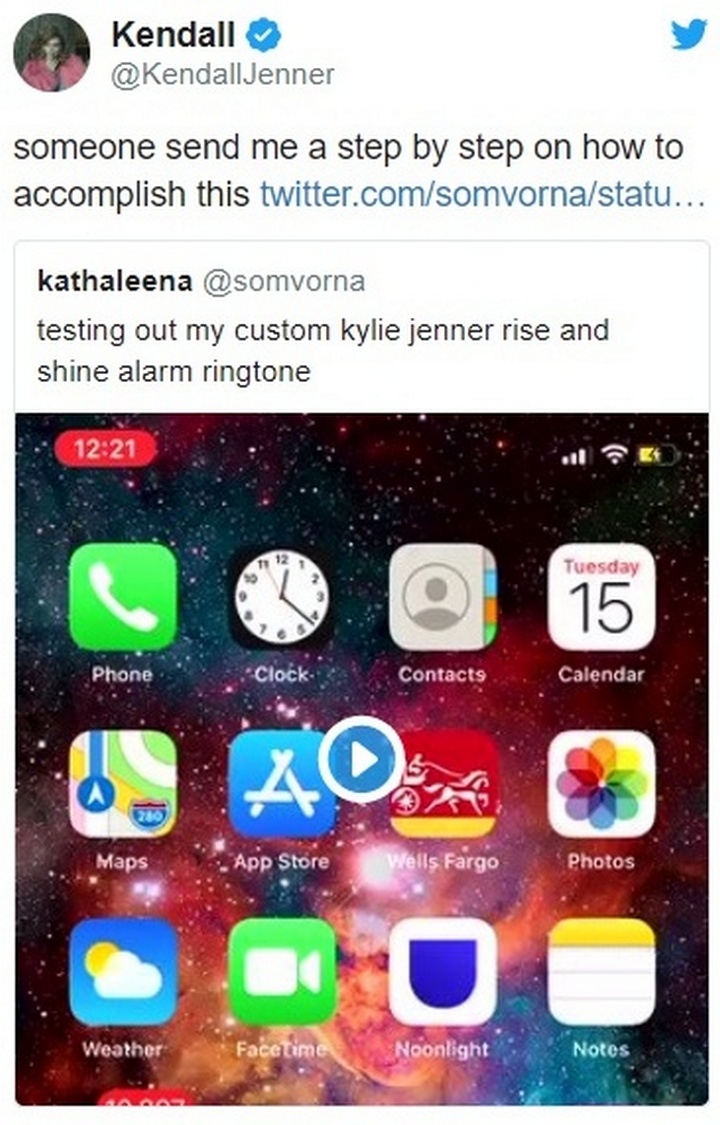 Kylie's former on/off boyfriend Tyga, however, was accused by fans of dissing the reality TV star when he captioned a picture of his flashy car with her viral wake-up lyric.

But the most innocent and funny reaction to Kylie's "Rise and Shine" came from her own daughter. Little Stormi was seen in an Instagram video dancing to a remix of the tune. She seemed to enjoy it a lot and thought it was her father Travis Scott (II)'s song. "No, baby, that's mommy! Mommy's singing!" Kylie cleared up the confusion.

It, however, didn't bode well with the cute little girl. Once she knew it wasn't her daddy's, she demanded the song get changed immediately. Lol.