'The Bachelor' alum Becca Tilley, who is friends with Kaitlynn, implies that the singer shouldn't be quite public with her Cody Simpson romance out of respect to her ex-girlfriend.

AceShowbiz - Is Miley Cyrus and Kaitlynn Carter's split not amicable, after all? Even though it's reported that the two ladies ended their relationship on a good term, the post that "The Hills: New Beginnings" star shared on Instagram Stories on Wednesday, October 9 made people wonder whether they are no longer remain friendly with each other.

Seemingly throwing shade at Miley Cyrus' romance with longtime friend Cody Simpson, Kaitlynn posted a quote by Ann Landers that read, "Love is friendship that has caught fire. It is quiet understanding, mutual confidence, sharing and forgiving. It is loyalty through good and bad times. It settles for less than perfection and makes allowances for human weakness." 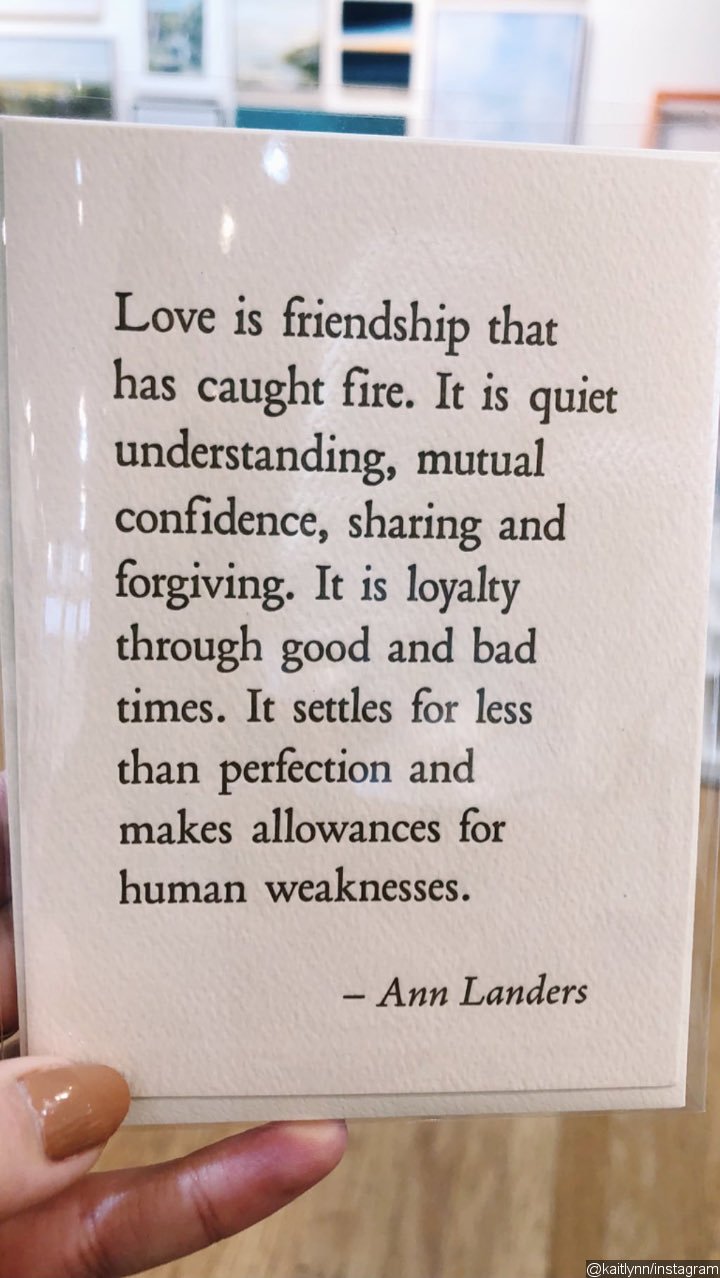 Interestingly enough, Kailtynn shared this quote just hours after her best friend, "The Bachelor" alum Becca Tilley, weighed in on Miley and Cody's relationship on her podcast "Scrubbing In". Implying that the former Disney darling shouldn't be quite public about her new romance, she said, "I think when you're in a relationship or, like, seen with anyone, like out of respect to that person, it's maybe, like..."

"Obviously, Miley shouldn't have to date in her home. But it's like, you know there's photos everywhere, you know?" she continued, before adding, "The way I saw all this stuff was, like, a little confused."

Miley and Kaitlynn sparked romance rumors shortly after the former announced her divorce from Liam Hemsworth. The ladies had never confirmed their relationship, though they had been spotted together a lot by paparazzi, with Kaitlynn even accompanying the singer at the 2019 MTV Video Music Awards earlier this year.

'The Masked Singer' Recap: Eagle Reveals His Identity Behind the Mask