After the 'Sorry' singer lashed out at the animal rights group for criticizing his purchase, president Ingrid Newkirk explains in a lengthy statement why he must think more deeply about the issue.

AceShowbiz - Officials at animal rights group PETA are refusing to back down in their cat spat with Justin Bieber, encouraging the pop star to set a better example after he lashed out against them online.

The "Sorry" singer took to Instagram to blast the organisation after bosses criticised him for choosing to purchase two exotic cats, named Sushi and Tuna, from a breeder, instead of adopting pets from an animal shelter.

"PETA can suck it," he wrote in a furious tirade on the picture-sharing app. "PETA go focus on real problems. Like poaching, and animal brutality. Ur tripping because I want a specific kind of cat?". 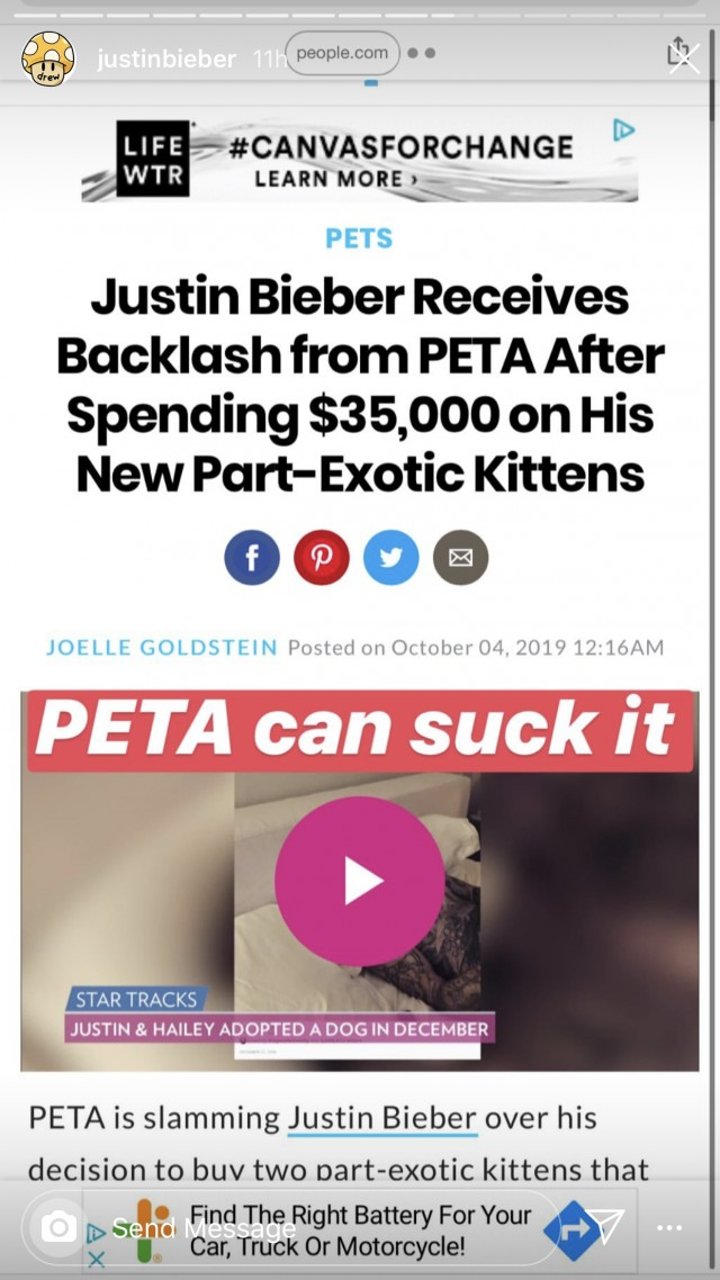 Justin Bieber hit back at PETA. 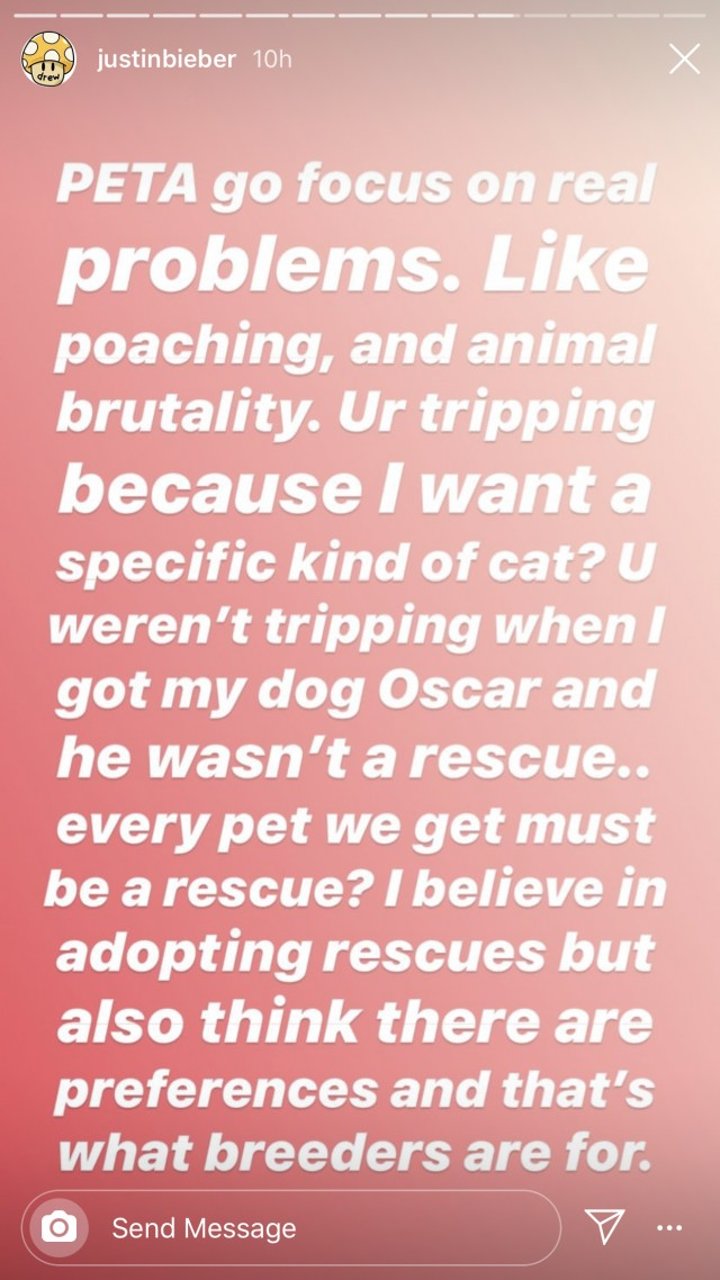 "U weren't tripping when I got my dog Oscar and he wasn't a rescue... every pet we get must be a rescue? I believe in adopting rescues but also think there are preferences and that's what breeders are for. PETA go help with all of the plastic in the ocean and leave my beautiful cats alone." 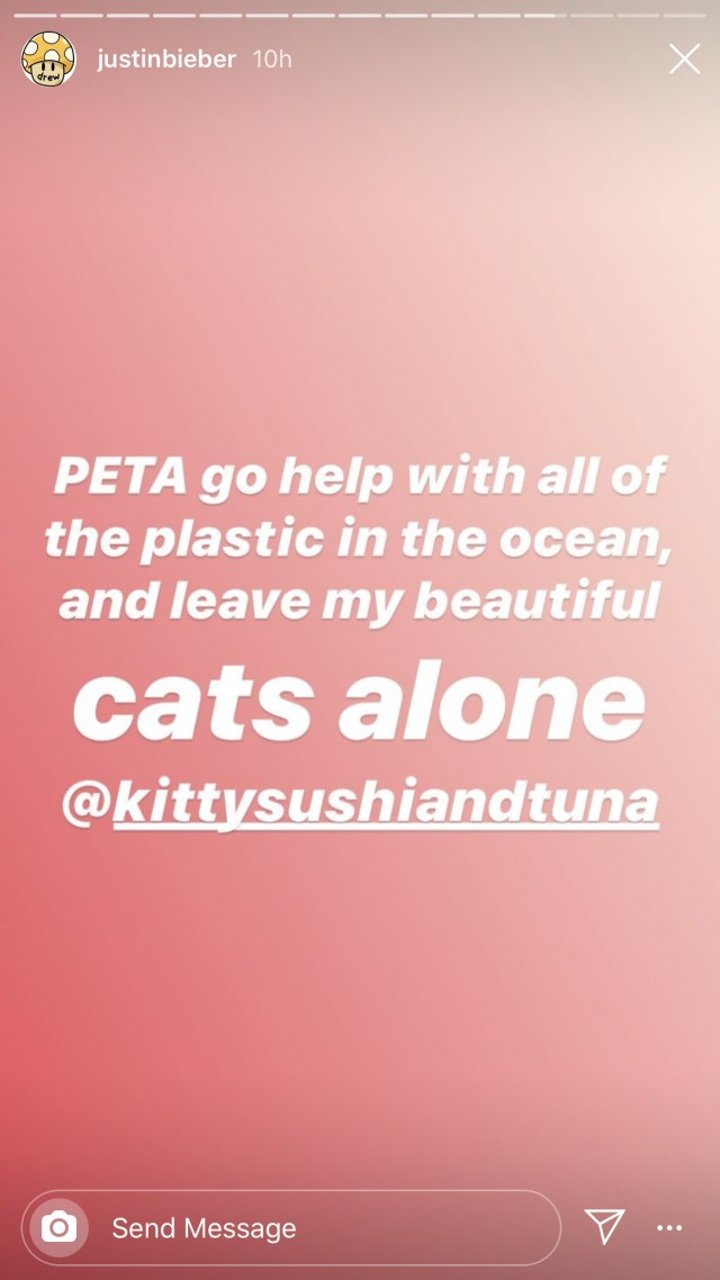 Justin Bieber urged PETA to leave him and his cat alone.

In response to Justin's clap back, PETA president Ingrid Newkirk insists the pop star should be using his worldwide platform to promote pet adoption.

"Sorry, Justin, but you must think more deeply about this issue: When millions of animals are losing their lives every year because not enough people adopt - choosing instead to shop - the animal overpopulation crisis is a 'real problem'. That's what 'sucks'," a statement reads. "PETA urges you to spend just one hour in a municipal animal shelter with us - we think you'll understand how hard it is to look into the animals' eyes and know that because people pay breeders, many of them will pay with their lives."

"You have the power to be a great role model on this issue - your behavior guides that of tons of your fans - so please put that to good use," Newkirk adds.