When the first clip of 'Sweetness in the Belly' sparks casting backlash following its release, its leading lady is quick to offer clarification, stressing that she does not play an Ethiopian woman.

AceShowbiz - Dakota Fanning has responded to allegations of whitewashing regarding her role as an Ethiopian refugee in drama "Sweetness in the Belly".

The movie is an adaption of Camilla Gibb's 2005 novel of the same name, and the 25-year-old actress stars as a refugee abandoned in Africa as a child by her parents and raised in Ethiopia as a Muslim.

The first clip of the film was released by Deadline on Wednesday and quickly went viral, with her casting sparking backlash. 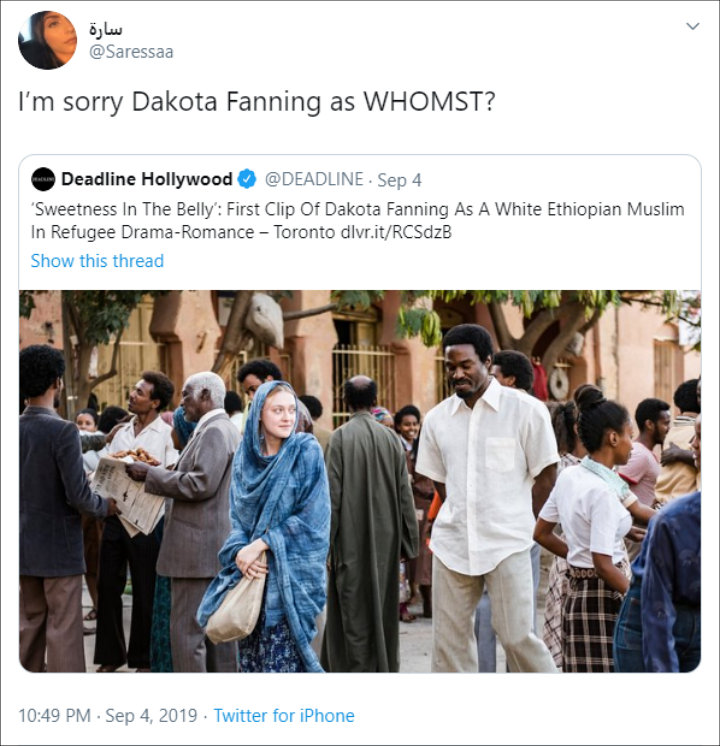 Dakota Fanning's role in 'Sweetness in the Belly' sparks backlash.

And while many social media users then insisted the role should have gone to a woman of colour or someone with experience of being a refugee, Dakota took to her Instagram Stories to clarify her casting.

"Just to clarify. In the new film I'm part of, Sweetness in the Belly, I do not play an Ethiopian woman," she wrote. "I play a British woman abandoned by her parents at seven years old in Africa and raised Muslim.

"My character, Lilly, journeys to Ethiopia and is caught up in the breakout of civil war. She is subsequently sent 'home' to England, a place she is from but has never known."

The "Once Upon a Time in Hollywood" star went on to share that the film, which was partly made in Ethiopia, "is directed by an Ethiopian man (Zeresenay Berhane Mehari)" and "features many Ethiopian women." She added: "(It) was a great privilege to be part of telling this story." 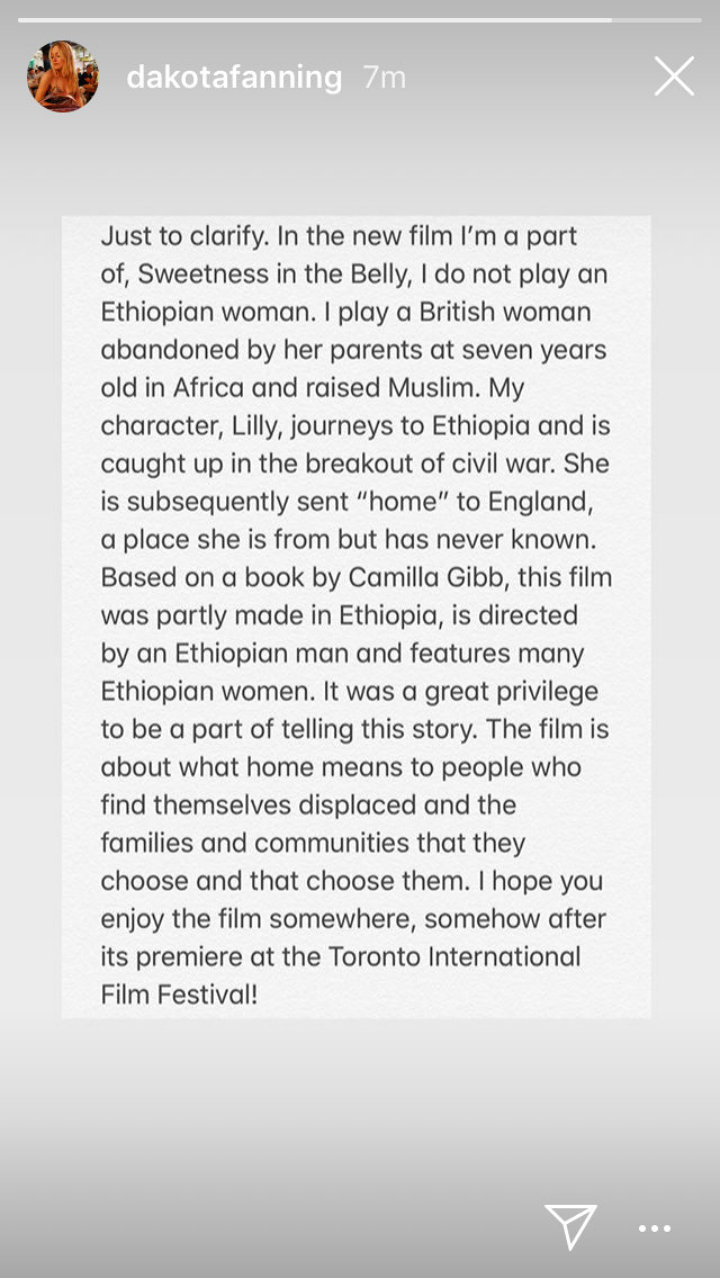 Dakota Fanning responded to the backlash.

"Sweetness in the Belly", which also stars Wunmi Mosaku and "Aquaman" actor Yahya Abdul-Mateen II, will premiere at the Toronto Film Festival later this month.