Fans Convinced Hailey Baldwin Is Pregnant Because of This

The post that makes a lot of the blonde model's devotees convinced that she is currently eating for two features her husband, Justin Bieber, taking a photo of the campfire.

AceShowbiz - Is Hailey Baldwin currently eating for two? The blonde model sparked the rumors when she took to Instagram Stories on Tuesday night, September 3 to document her fun night out with husband Justin Bieber.

One of the photos that she posted on the platform showed the Canadian superstar seemingly taking an image of the campfire in front of him while shirtless. She gushed over him in the caption, "u r very fine," before adding, "Hi (future) baby Daddy." This prompted fans to believe that the daughter of Stephen Baldwin is pregnant, with one convinced fan saying, "Y'all Hailey is really pregnant how do I react to this information." 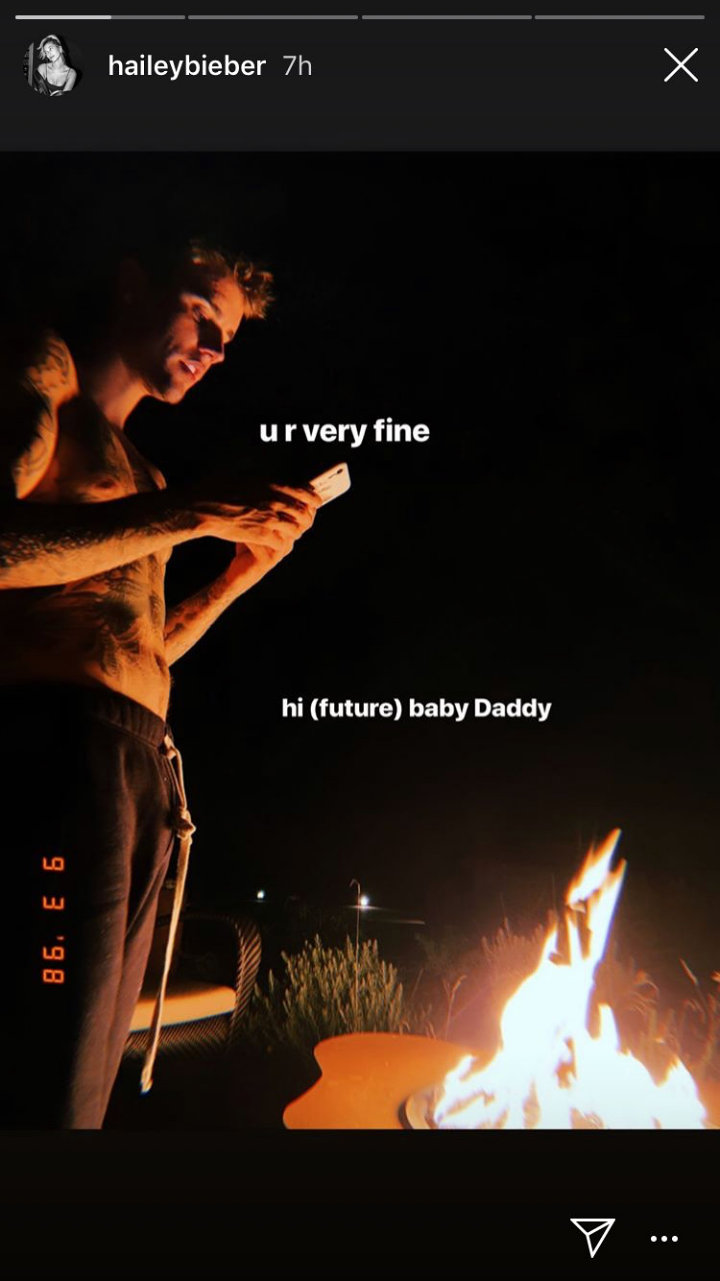 Another said, "Well Hailey pregnant it's been confirmed." Someone else apparently wasn't able to believe this yet and asked, "Wait!!!!! Hailey is pregnant??? Where did this info came from?" One other similarly wondered, "Why everyone in my tl saying is Hailey is pregnant."

It should be noted that there are possibilities that Hailey was merely talking about her upcoming plans to start a family with Justin, considering that she previously noted that she didn't want to have babies anytime soon. In an interview with Vogue Arabia, she said, "I love kids and I can't wait to have my own. I would say now that's a closer reality," before clarifying that she wasn't in a rush to have a kid "any time soon."

Hailey and Justin tied the knot last year in a courthouse ceremony. The couple is currently planning to hold a second wedding for family and friends on September 30. Hinting at the religious nuptials, Hailey's dad said in an interview, "They're going to have a lot of their pastor friends and a lot of their Christian friends around them at this time. For now, my job is just walking my little princess down the aisle."

Report: Will Poulter Joins Amazon's 'The Lord of the Rings'