The 1-year-old girl is held by her makeup mogul mother when they pose on the red carpet with the 'Sicko Mode' rapper at the premiere for his Netflix documentary.

Stormi was joined by her makeup mogul mother and rapper father at the event that was held at the Barker Hangar in Santa Monica, Los Angeles. Posing on the red carpet together, Kylie held Stormi in her arms while Travis snuggled up to the baby. Stormi herself looked totally adorable as she puckered her lips in front of the camera, rocking a camouflage set paired with white sneakers.

In contrary to Stormi who looked comfy and cute, her parents opted for more formal outfits. The "Life of Kylie" alum stunned in a curve-hugging, backless white dress and styled her hair in a high ponytail, which was inspired by Bella Hadid. On the other hand, the "Sicko Mode" rapper looked dapper in a sleek, shimmering hazelnut brown suit with a black button-down shirt. 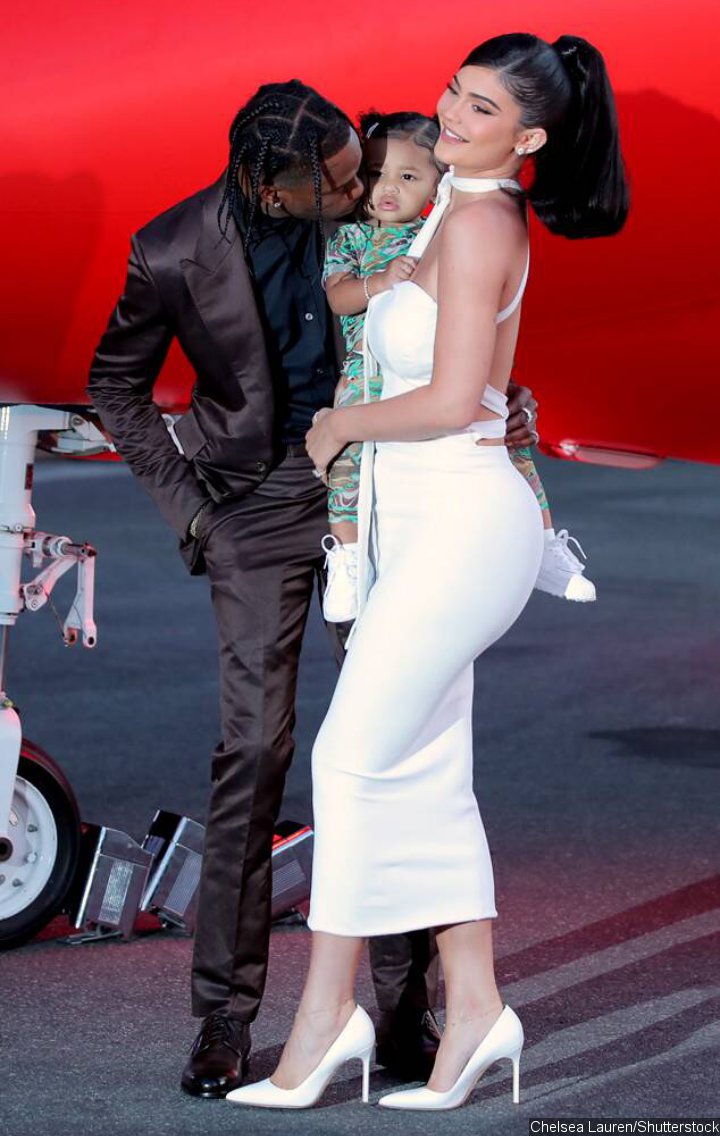 An eyewitness said of the family of three to HollywoodLife.com, "Kylie and Travis continue to be the most doting parents. It was a super cute family outing for them celebrating Travis, and the evening wouldn't have been complete without Stormi." It's said that the couple "switched off" holding the little girl, with the onlooker adding, "Having her only strengthened their bond and the family is better than they have ever been. They are always so loving toward her and super affectionate and hands-on parents."

Titled "Travis Scott: Look Mom I Can Fly", the documentary will give fans an insight into the Houston rapper's life leading up to the release of his Grammy-nominated album "Astroworld" and its aftermath. His personal life, including his relationship with Kylie, will also be featured in the documentary, which will be available to stream on August 28 on Netflix.