Following the two stars is Taylor Swift who brings home two awards for her 'Lover' single 'You Need to Calm Down', which wins Video of the Year and Video for Good.

AceShowbiz - The full winner list for the 2019 MTV Video Music Awards was unveiled during the live ceremony that took place at the Prudential Center in New Jersey on Monday, August 26. Coming out as the biggest winners of the night were Ariana Grande and Billie Eilish, who brought home three Moon Persons each.

Among the three awards that the Nickelodeon alum won, one was the biggest honor. Ariana snatched the coveted Artist of the Year in addition to taking home Song of the Summer for her Social House collaboration "Boyfriend" as well as Best Art Direction for the music video for her mega hit "7 Rings". Meanwhile, Billie nabbed PUSH Artist of the Year, Best New Artist and Best Editing for her "Bad Guy" music video.

Other musicians who ended up with multiple trophies at the Sebastian Maniscalco-hosted event were Taylor Swift and BTS (Bangtan Boys). All the country-turned-pop superstar's awards were for the music video for "You Need to Calm Down", which won Video of the Year and Video for Good. Taking the stage to accept the Moon Person, she invited the star-studded cast of the visuals to the stage.

On the other hand, the seven-piece K-Pop sensation nabbed Best K-Pop for their Halsey collaboration "Boy with Luv" and Best Group.

"I've worked diligently for over two decades and I never thought that I would be standing up here receiving this award, so it means so much to me," she added. "I promise y'all, it don't go unnoticed the support and love you'd showed to me over the years."

Other winners at the event included Cardi B, Jonas Brothers and Lil Nas X. 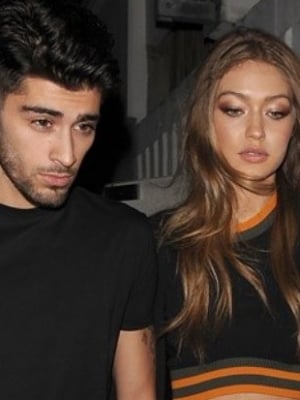