In a preview clip for upcoming episode 10, it is seen that Christie tells fellow cast members OG Chijindu and Cece Gutierez about how things went down during the altercation at Malaysia's 90s skating party.

AceShowbiz - Fans will be offered the aftermath of Malaysia Pargo and Jackie Christie's skating rink fight in the upcoming episode of "Basketball Wives" season 8. Last week episode saw Christie attempting to attack someone with a chair, and it seemingly would only escalate things to a more violent state.

In a preview clip for upcoming episode 10, it was seen that Christie told fellow cast members OG Chijindu and Cece Gutierez about how things went down during the altercation, which was stemmed from accusation against Jackie that she was telling everyone that Malaysia's kids were "dirty." Christie explained, "When I got to Kristen's skate party, Malaysia ran in and was like, 'I found out from Jennifer and them that you was the f***ing one talking about my kids!' And I'm like, 'Malaysia, that's a lie and you know it.' "

"She had at least eight or 10 of her cousins and friends waiting for me, so I was like the entree," she continued. "At this time, my adrenaline is flowing, now it's like, okay, we about to fight."

It was true because it didn't take long before all hell broke loose revealing that one of Malaysia's family members ran up to her and hit her in the head. "They're dragging me to the door to leave, this girl comes up and hits me on the side of the head; this older lady. It was one of her aunts. She might have had a purse, I don't know. Aunt hit me! I'm thinking -- all I did was go black," Jackie said.

However, Malaysia's relative had denied any claims about attacking Jackie. One of Malaysia's cousins Meico previously took to Instagram to share a snap of herself, the VH1 star and other family during the 90s skating party. "DO WE LOOK LIKE GANG BANGERS WHO WAS SUPPOSED TO HAVE JUMPED JACKIE?" she wrote in the caption.

"Keep kids out of your mouth. I'm the one who fell tripped and hit my head and hurt my knee," she went on saying. 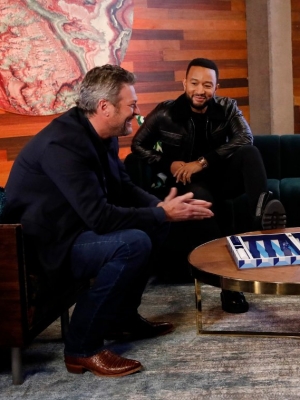