The 21-year-old doesn't seem to be that mad over the call out as she thinks that it is 'a really good headline' and thanks the annual award-giving event for the 'free promo' instead.

AceShowbiz - Ken Jeong garnered laugh when he hit the stage to accept the award for Choice Comedy Movie on behalf of the cast of hit movie "Crazy Rich Asians" at the 2019 Teen Choice Awards on Sunday, August 11. He took the chance to promote the upcoming season of FOX's "The Masked Singer" and managed to poke fun at Jake Paul and Tana Mongeau's rumored pretend marriage in the process.

"I'm so excited for the second season of 'The Masked Singer'. It is bigger and better than ever," the comedian, who is among the panelists alongside Robin Thicke, Jenny McCarthy and Nicole Scherzinger. "In fact, I am so hyped for you guys, for you kids, I'm going to give you a sneak preview and reveal one of the celebrities who will be under one of the masks!"

Later, he pretended to be warned by someone off-stage about a million-dollar lawsuit which he would be faced should he violate his non-disclosure agreement. "It's best to wait. Besides, Jake Paul over here would be pissed," he added, jokingly alluding that the controversial YouTube star was actually the one behind The Pineapple mask. He went on joking, "And that could stress out his pretend marriage and lead to a fake divorce from his not-wife. Am I right, kids?"

Following the diss, Tana took to her Twitter account to respond to it. Hinting that she didn't watch the show, she wrote, "NO WAY DID THE TEEN CHOICE AWARDS JUST SHADE JAKE AND I NO WAY!? FROM WANTING TO BE NOMINATED SO BAD TO FINDING OUT IT WAS RIGGED TO THIS. WOW. MY EVOLUTION. someone show me the clip omg."

When someone really did send her the clip of the said moment, she replied, "oh my f***ing god what is my life HAHAHAHAHAHAAHA."

Tana didn't seem to be that mad over the call out. Instead, she thought it was "a really good headline." Tana said on Instagram Stories, "Yo Teen Choice Awards, I don’t know if we have personal beef now -- that does kinda sound like a really good headline so, I’m not, like against it -- but I just want to say thank you for the biggest advertising slot on national television today, giving me free promo. You know, I thought I was going to have to promote my wedding vlog with Jake, but y'all did it for me, y'all got played b***h."

Tana and Jake were rumored to be getting married for clout following her controversial nuptials to Jake last month in Las Vegas. She further added fuel to the speculation after revealing that her marriage to the brother of Logan Paul wasn't legally binding. "To everybody that’s calling it fake because we rushed into it or because I don’t do things traditionally, because I wanted to not do it legally," the 21-year-old said in a YouTube video. "But any wedding I have, if I have three more f***ing weddings, I really wouldn't want to do it on paper because I think that legally binding yourself to someone takes away the love."

Artist of the Week: Chance The Rapper

Ken Jeong Quit Medicine Day After He Wrapped 'Knocked Up' 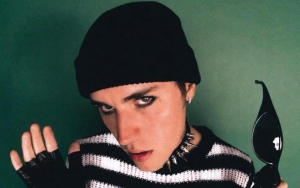 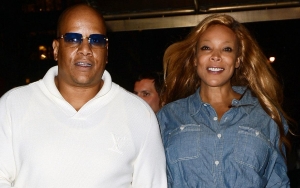