While the 49-year-old TV star, who confirms season 8 of 'Basketball Wives' will be her last, is no longer friend on Instagram with Shaunie, the former is still among Shaunie's following list.

AceShowbiz - Things are going south between Tami Roman and friend Shaunie O'Neal. The former was caught tapping the unfollow button on Shaunie's Instagram page amid tension between the two "Basketball Wives" stars.

While Tami is no longer friend on Instagram with Shaunie, the former is still among Shaunie's following list. Fans of "Basketball Wives" should have been aware that Tami's social media activity came after the ex-wife of Shaquille O'Neal was slammed for being "fake" friend to Tami. 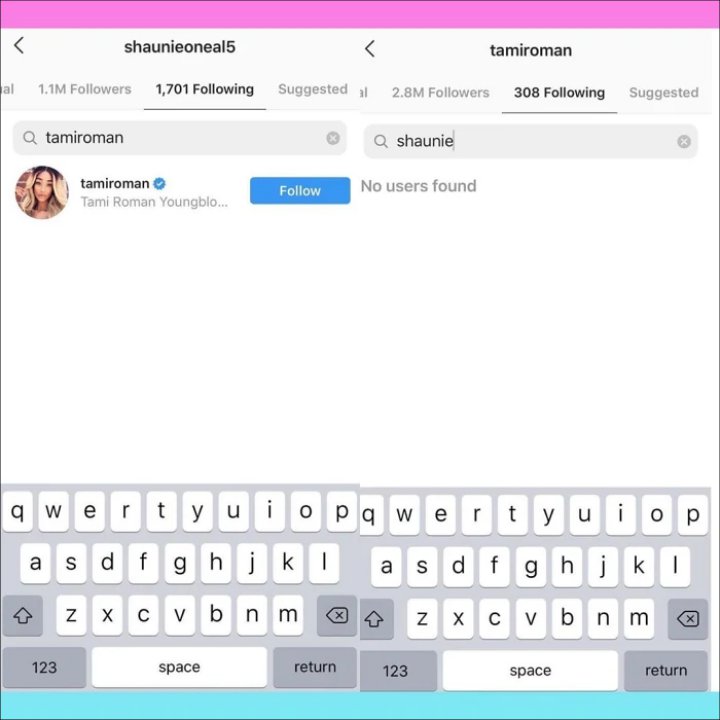 During current season 8, Shaunie has been laughing at jokes which are made at the expense of Tami. One of them is when Tami is feuding with Shaunie's other friend Evelyn Lozada. Shaunie previously shared that she gave up on trying instigate drama between the two because the last time she tried, it didn't work.

"First of all, what drama am I in? I just be listening," the 44-year-old TV star, who also serves as the show's executive producer, said. "I wish people could break down exactly what drama I have been in the middle in. The only drama maybe that I'm in is Tami and Evelyn, and I didn't start that s**t. I'm just innocently in the middle."

Tami previously confirmed that season 8 would be her final hurrah on the show. The 49-year-old said during an interview with Million Dollar Motivation at the 2019 BET Awards at the Microsoft Theater in Los Angeles, "The final season for me, season 8, but I'm sure they will get another season, and you'll be able to see all the ladies."

She added, "I've been doing this [the show] since 2010, and it's just run its course for me in particular. It takes a lot of time to film 'Basketball Wives', were in that thing for six to seven months at a time, so I just wanted to have the opportunity to have some free time to do some other things."