The footage, which was released on Monday morning, July 29, further indicates that the new season of the popular FX anthology series will be more like deadly slasher summer camp.

AceShowbiz - FX has released another teaser for "American Horror Story: 1984". In the newly-unleashed clip, viewers are brought to Camp Redwood where a group of teens are intending to spend their holiday.

The footage, which was released on Monday morning, July 29, further indicates that the new season of the popular anthology series will be more like deadly slasher summer camp. It opens with a scene of teens racing their trucks down a lonesome country road. They look happy and excited as they are seen singing loudly to the radio and drinking beer, unaware of the horror that is awaiting for them.

Once the truck drives past the Camp Redwood welcome sign, the camera pans to a masked killer who apparently is hiding underneath the truck with a knife in one of his hands. The maniac continues to creep on the teens throughout their vacation.

At one point, a girl is seen relaxing in a canoe in the middle of a lake. Her time is interrupted by the killer, who emerges from the water with a knife.

Little is known about the upcoming season of "AHS" except that the theme is '80s slasher films. Fans speculate that it will be following notorious serial killer Richard Ramirez, who was an active serial killer in the California area from June 1984 until August 1985. It stars Emma Roberts, Cody Fern, Billie Lourd, Gus Kenworthy, Angelica Ross and Matthew Morrison among others.

Sarah Paulson and Evan Peters, who have appeared in every season of "AHS" so far, decided to sit this season out. "It's just exhausting. It's really mentally draining, and you don't want to go to those places ever in your life," Peters previously said of his work on the series. "And so, you have to go there for the scenes, and it ends up integrating it somehow into your life. You're in traffic and you find yourself screaming and you're like, 'What the hell? This isn't who I am.' " 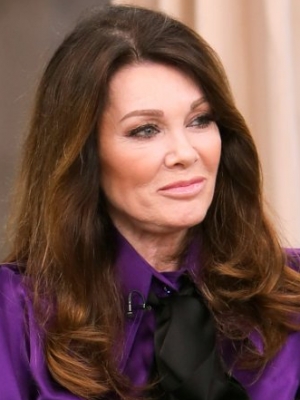