Inside Selena Gomez's Roman Trip to Ring in Her 27th Birthday

The 'Wizards of Waverly Place' alum is spotted strolling the streets of Rome with her friends, including producer Andrea Iervolino, and having lunch at restaurant Pierluigi.

AceShowbiz - Selena Gomez is celebrating her birthday on a Roman holiday. The actress/singer, who turned 27 on Monday, July 22, flew to the Italian city to mark the milestone after serving as the maid of honor at her cousin Priscilla DeLeon's wedding over the weekend.

On Monday, the "Wolves" songstress was spotted strolling the streets of Rome with her friends, including producer Andrea Iervolino. She dressed in an olive maxi dress and wore black espadrille sandals, as she carried a white round sling bag. The former Disney starlet got herself ready to beat heat by carrying an ice-cold water bottle. 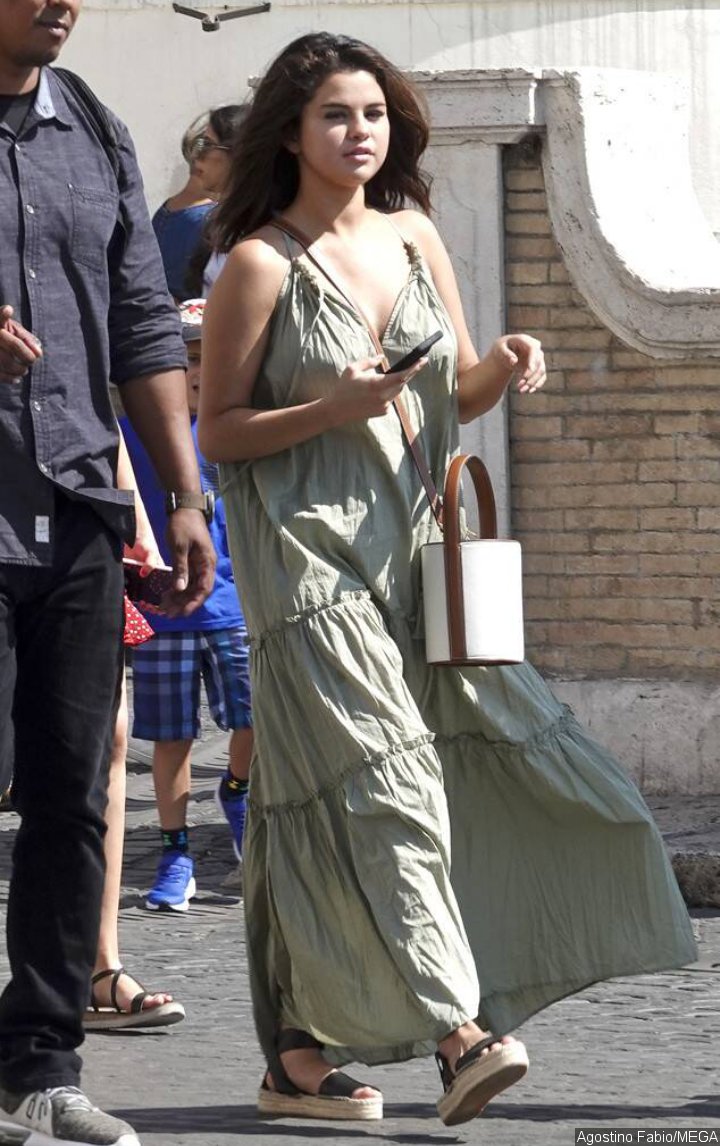 Selena Gomez strolls the streets in Rome on her 27th birthday.

Selena and her pals were later spotted enjoying lunch at seafood restaurant Pierluigi. A source tells E! News of her birthday lunch, "Selena arrived for lunch with a group of friends. The table shared several dishes such as raw fish, tagliatelle with lobster, pasta with vodka sauce and various salads."

"They were chatting and laughing the entire time," the eyewitness goes on sharing. They apparently kept the celebration low-key, as there were "no candles, cards or cake, but they did have desert of ice cream and tiramisu," according to the source.

Selena reportedly spared some time to pose for photos with fans who recognized her during the outing.

While Selena is away in Europe, her friends and fellow celebs in the U.S. didn't forget her birthday. Ryan Seacrest posted a birthday message to her on Instagram, writing alongside a selfie with the brunette beauty, "We can all agree today is a national holiday. Happy birthday @SelenaGomez!"

Her BFF Courtney Lopez also wished her a happy birthday on social media, posting along her picture with Selena, "I just love her a lot and her life has made a profound impact on mine and anyone who knows her. happy birthday, angel!"

The "Come & Get It" singer attended her cousin Priscilla DeLeon's wedding in Texas on Friday, July 19. She delivered heartwarming tribute during a toast, saying to the bride, "You taught me to be strong... I pray for you. You're beautiful... I love you."

Meet the First Cast Member of Amazon's 'Lord of the Rings'